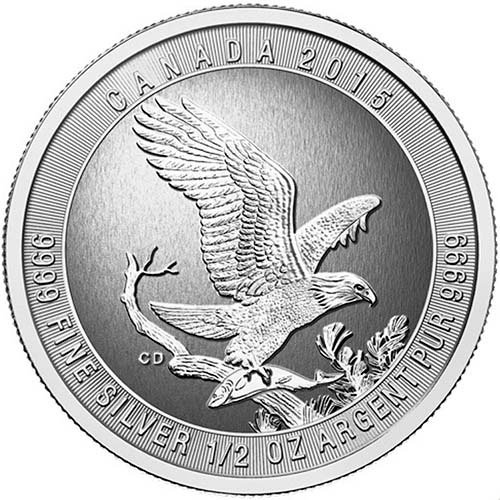 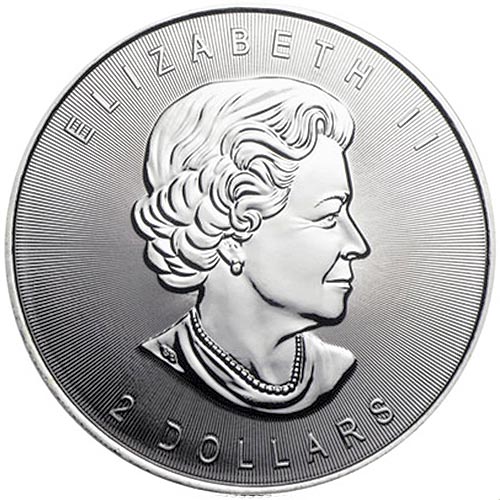 The Royal Canadian Mint is known for its wildlife-themed gold and silver coin programs. Among the more unique is a variety of fractional-weight silver coins that were introduced in 2015. The bald eagle has previously appeared on Canadian coinage, most notably in the Birds of Prey Series, and is also featured on a fractional silver coin. Today, the 2015 ½ oz Canadian Bald Eagle Silver Coin is available to you online from JM Bullion.

The Canadian Bald Eagle Silver Coin from the Royal Canadian Mint captures the elegance and power of the bald eagle. The bald eagle is a massive bird of prey found throughout Canada, Alaska, the contiguous United States and as far south as the northern states of Mexico. A sea eagle by classification, the bald eagle forms a species pair with the white-tailed eagle.

Adult bald eagles have the trademark white plumage on their heads, which is where the name “bald” originated in the creatures name. Females of the species are actually larger than the males, by 25%, and immature eagles have a plumage that is entirely brown.

Each of the 2015 ½ oz Canadian Bald Eagle Silver Coins in this listing are in BU condition. Coins in this condition exhibit no signs of wear and tear, but minor flaws are possible. Examples of these flaws include breaks in the luster, spotted surfaces, and contact marks from the production process at the mint.

The reverse of the Canadian Bald Eagle Silver Coin includes the image of an eagle as it comes to rest on a branch, clutching in its talons a fish for its meal. Bald eagles exist near large bodies of open water with old-growth trees in abundance for nesting. Fish are the main source of food in the eagle’s diet.

On the obverse of the 2015 ½ oz Canadian Bald Eagle Silver Coin is the effigy of Queen Elizabeth II. Her Majesty’s portrait appears on all silver bullion coins from the Royal Canadian Mint, with this depiction serving as the latest design. It was created in 2003 by Susanna Blunt.

The Royal Canadian Mint is the official sovereign mint of Canada. In addition to its original facility opened in Ottawa in 1908, it has a second location that opened in the 1980s in Winnipeg.

Please don’t hesitate to contact JM Bullion with questions. You can reach us on the phone at 800-276-6508, on the web using our live chat, and by sending us an email.