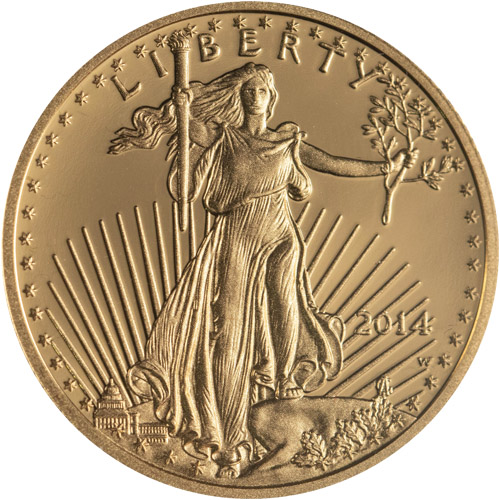 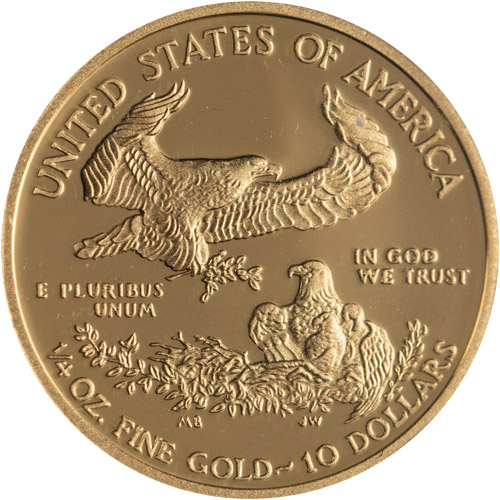 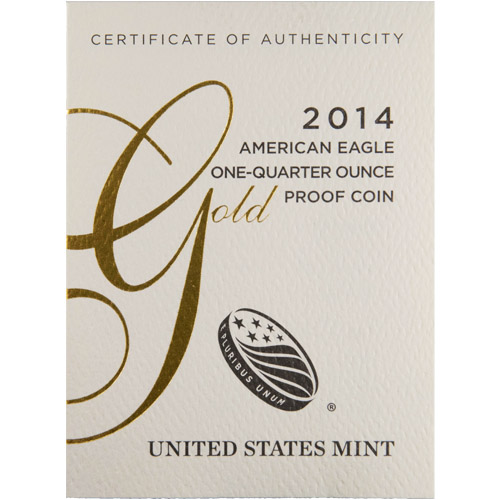 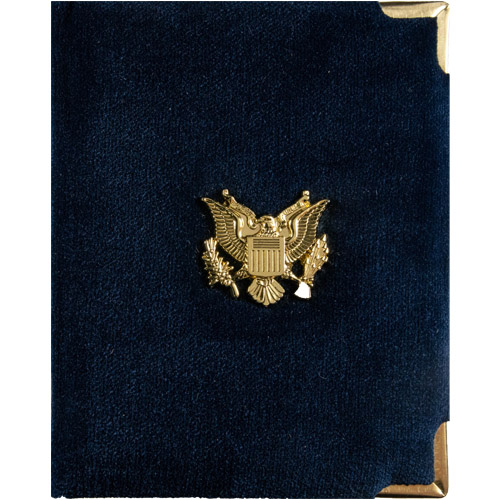 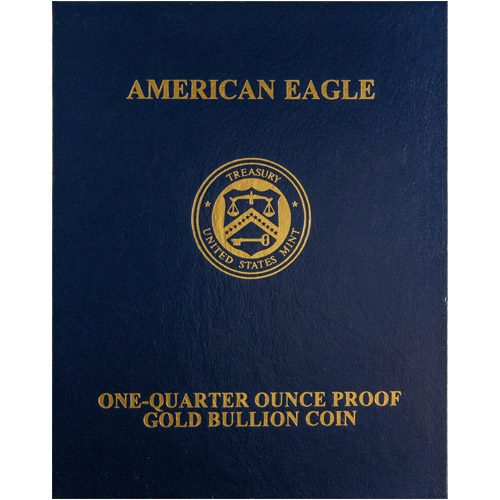 American Gold Eagle coins are considered the official gold bullion product of the United States. This collection remains a cherished collectible for coin investors around the world. Each year, the United States Mint has released new coins in this series to show off American patriotism and pride. Now, the 2014-W 1/4 oz Proof American Gold Eagle Coin can be purchased right here from JM Bullion.

The 2014-W 1/4 oz Proof American Gold Eagle Coin was struck by the West Point Mint using 22 karat gold. This bullion product is made from a perfect balance of the following three metals: gold (91.67%), copper (5.33%), and silver (3%). It also includes a special proof finish, which means that the coin itself is mirror-like in appearance, with designs that appear frosted to offer visual contrast for the viewer.

The American Gold Eagle Coin Series first began in 1986, and it has featured new releases from the United States Mint ever since. The 1/4 oz weight denomination was introduced into the collection in 1988; however, at the time, all fractional weights in the series were being produced by the Philadelphia Mint. After 1993, the production of all coins in this series, including fractional weights, was completely transitioned to the West Point Mint.

The obverse of the 2014-W 1/4 oz Proof American Gold Eagle Coin shows the image of Lady Liberty, originally designed by Augustus Saint-Gaudens and taken from his Double-Eagle design. In the image, Lady Liberty strides forward proudly with sun rays in the background accentuating her beauty and radiance. In her hands, she holds an olive branch and a torch. This image has been used as the featured obverse image since the series first began.

The image of an eagle family is seen on the reverse of the 2014-W 1/4 oz Proof American Gold Eagle Coin. This design was created by Miley Busiek and has been used on the American Gold Eagle Coin since the series was first introduced in 1986. In the design, an eagle flies overhead with arms outstretched, carrying an olive branch in its talons. Another eagle and an eaglet wait in the nest.

When you order from JM Bullion, your coin will arrive in a special presentation box along with a Certificate of Authenticity. If you have any questions, contact us today at 800-276-6508, or use our online live chat or email features.