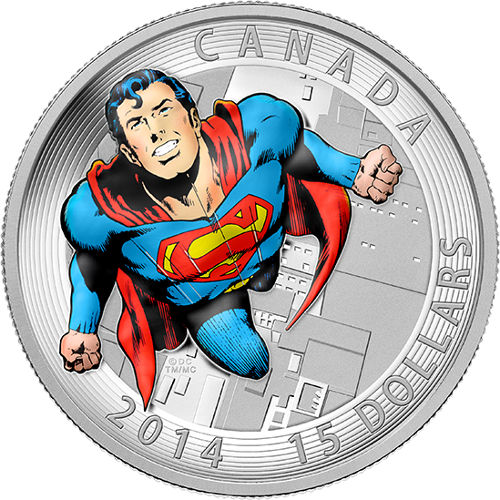 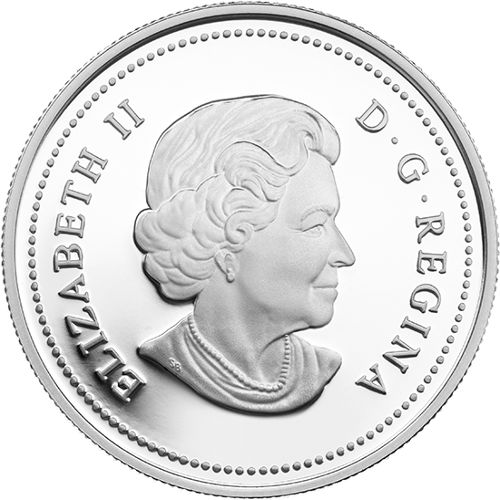 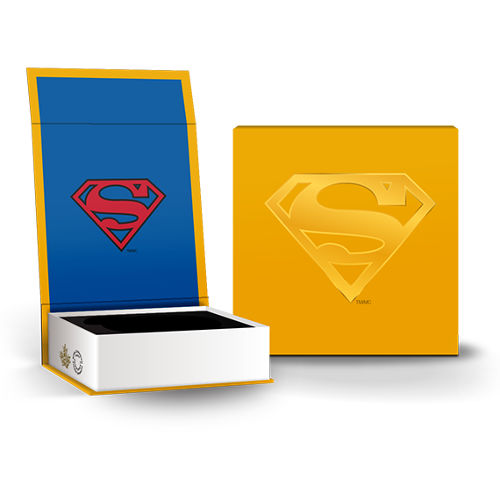 The 2014 Iconic Superman $15 Canadian Silver Proof Coin has been produced by the Royal Canadian Mint and is available in brand new condition. Each coin is struck in 23.17 grams of .9999 fine silver and has a proof finish with color. These coins will ship in their original RCM packaging which includes a superman themed display box and a serialized COA.

When it comes to images that remind people of peace, justice, and freedom, few are more iconic than the comic book hero Superman. The Man of Steel, possesses the power to fly at high rates of speed, has unlimited strength, and can withstand a barrage of bullets. In the comics, he is known for fighting for truth, justice, and freedom for all. The Royal Canadian Mint pays homage to this iconic image with the 2014 Silver Canadian $15 Iconic Superman coin.

The main image featured on the 2014 Iconic Superman coin depicts the Man of Steel himself as he launches skyward from the streets below. Below his image you can see the aerial outline of a metropolitan area. In the image Superman appears to be flying off the coin and right into your face, with his hands clenched and a determined look on his face.

Superman is dressed in his iconic blue suit with red cape. On his chest is the well-known shield, complete with red S and yellow background. Above the image, the word Canada is stamped on the coin. Below him is the year 2014 and the face value 15 dollars. The image used on this coin depicts Superman as he was seen on the cover of DC Comics Superman book #419.

On the opposite side of the coin is the famous portrait image of Queen Elizabeth II that has graced countless coin series produced at the Royal Canadian Mint. Above her head, Canada is stamped on the coin. A key feature on this side of the coin is the phrase D.G. Regina. The Latin phrase, which in its entirety is Dei Gratia Regina, translates as follows in English, By the Grace of God, Queen.

The Royal Canadian Mint was established in Canada by Great Britain to process the gold discovered in the Yukon Territories at the turn of the 20th century. Over the course of a century, the mint has developed a reputation as one of the most advanced facilities in the world.

Should you have any questions regarding the 2014 Iconic Superman $15 Canadian Silver Proof Coin or our other products, you can get in touch with a member of our support team at 800-276-6508. We are also available online via live chat and email should you require assistance. Be sure to view our full selection of Royal Canadian Mint Silver Coins for more unique offerings.