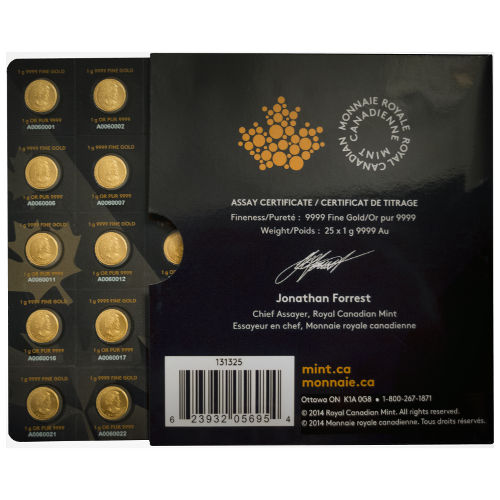 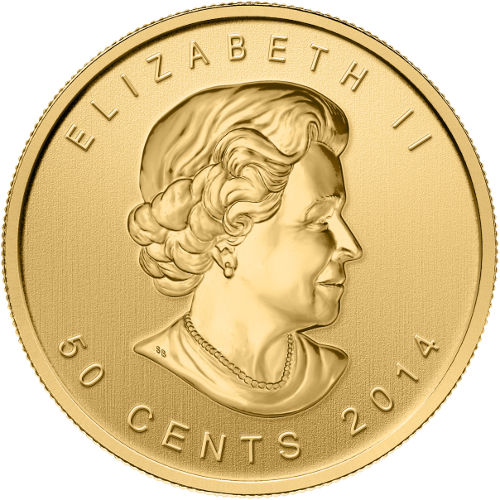 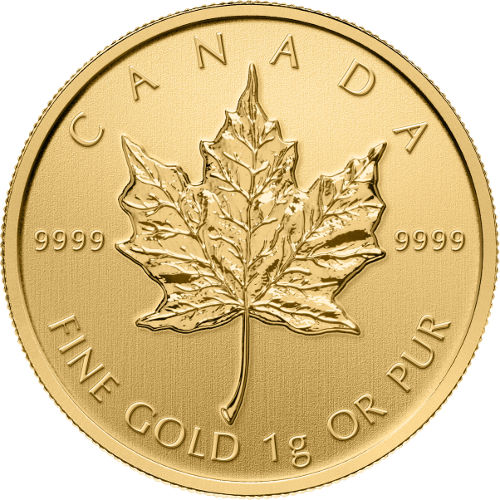 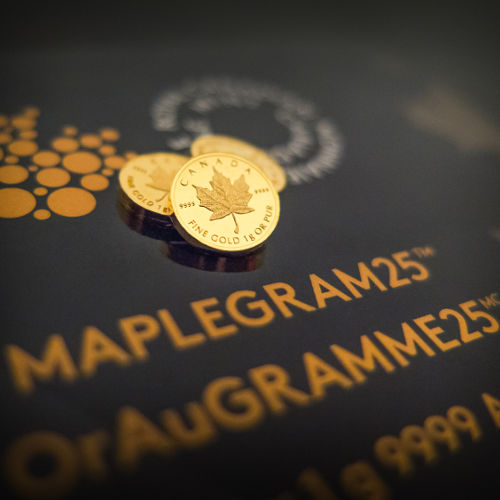 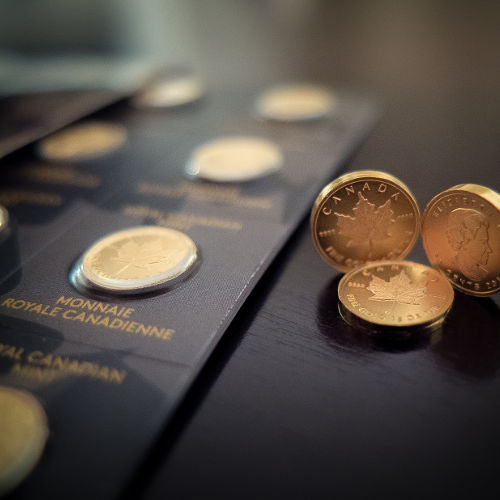 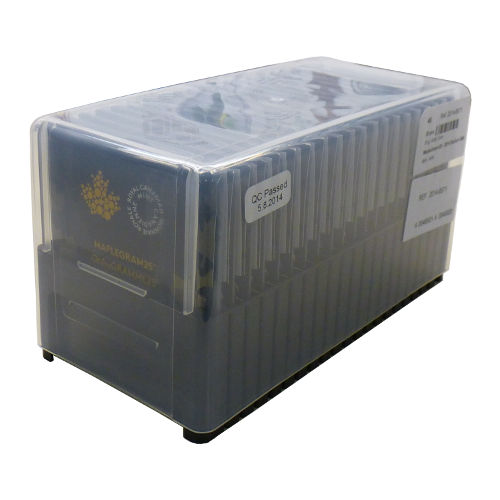 The 2014 25 x 1 Gram Canadian Gold MapleGram features the iconic maple leaf design in a unique format. Each MapleGram set comes encased in an RCM blister pack which includes 25 individual 1 gram coins. Each coin has a 50¢ CAD face value and has been struck in .9999 pure gold. Each of the individual coins are also encased in a uniquely serial numbered assay card and are in Brilliant Uncirculated condition.

The nation of Canada is synonymous around the globe with majestic natural wonders and frigid winters. Despite the availability of numerous rugged symbols to represent this land, it is the simple maple leaf that has come to represent Canada around the globe. One of the nation’s storied NHL franchises takes the name (Toronto Maple Leafs), and its image appears in the center of the national flag. The Royal Canadian Mint pays homage to this national symbol on the popular Gold Canadian Maple Leaf coin series, which is now available in a unique 25-gram package.

The Gold Canadian Maple Leaf coin is one of the purest gold bullion products in the world. The Royal Canadian Mint first produced the Gold Maple Leaf in 1979 following a supply shortage of the South African Kruggerand. The Kruggerand was, at the time, the only pure gold bullion coin available, but a boycott of South Africa’s apartheid policies led to a shortage of these coins.

The 2014 25 gram Gold Canadian MapleGram coin series contains .9999 millesimal fine gold, which is equivalent to 24-karat gold often found in high-end jewelry. Walter Ott is responsible for the designs featured on the Gold Canadian Maple Leaf coins. On one side, an intricately detailed maple leaf dominates the coin. On the opposite side, a right-profile image of Queen Elizabeth II is included.

Ott’s image of the maple leaf is featured on the reverse side of the 2014 Gold Canadian Maple Leaf coin. Above the leaf is the word “Canada,” while the metal content and weight are engraved below. On the obverse side, Queen Elizabeth II’s image is encircled by the engravings of “Elizabeth II,” the face value, and the year of minting. The 2014 25 gram Gold Canadian MapleGram is available in a package of 25 individual, one-gram coins.

The Royal Canadian Mint was first established in 1908 to help process and refine gold discovered in the Yukon Territories during the final years of the 19th century. Today, the mint is known as one of the most advanced facilities in the world. The 2014 25 gram Gold Canadian MapleGram is available in Brilliant Uncirculated condition and will ship in its original Royal Canadian Mint packaging.

If you have any questions or would like to learn more about the 2014 25 Gram Canadian Gold MapleGram (25 x 1g) coins or any of our other products, please don’t hesitate to give us a call at 800-276-6508. As an alternative, customers can reach us online via live chat or email as well. We look forward to assisting you and invite you to view our full selection of Royal Canadian Mint Bullion.