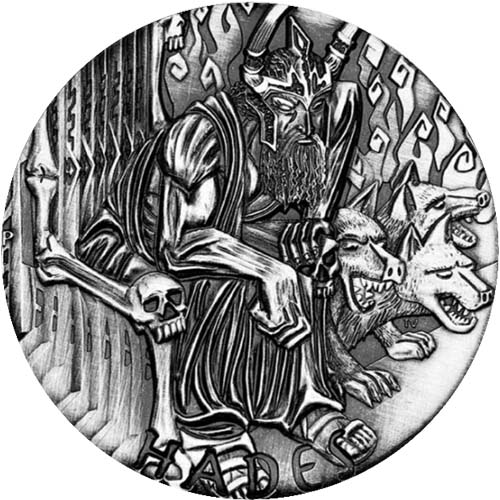 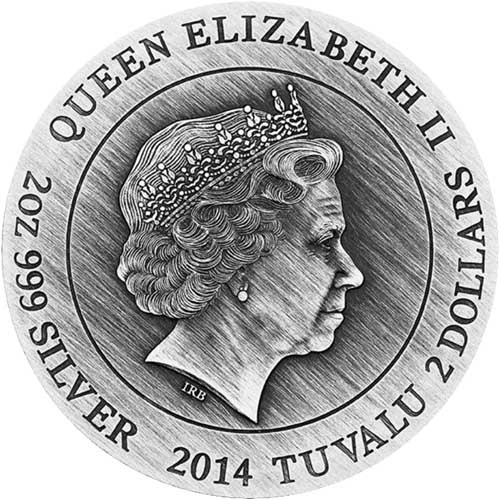 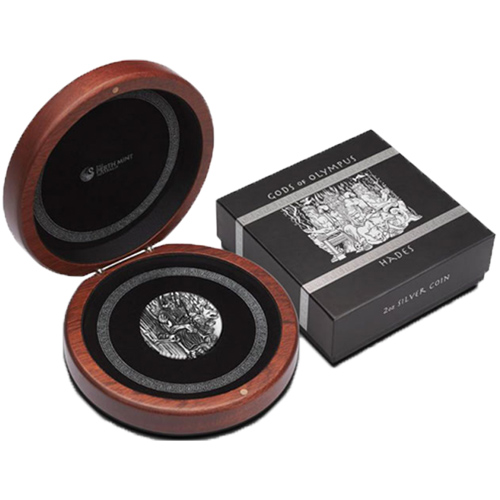 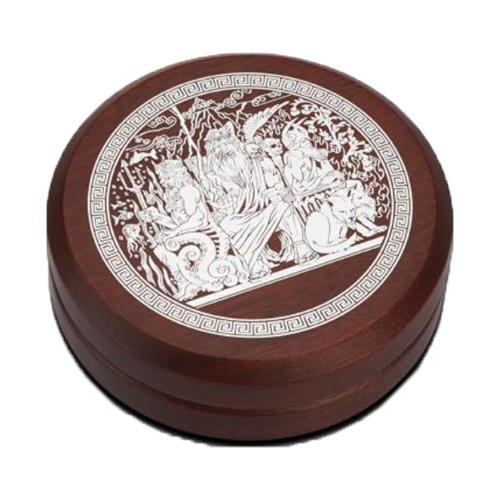 The Perth Mint embarked on a series of Greek mythology-themed silver coin releases in 2014 that included rimless, 2 oz silver blanks with an antique polish and high-relief design strikes. Honoring the major gods and goddesses of Olympus, the mythical home of the immortals, the companion series featured three designs in each respective collection. Right now, 2014 2 oz Antique Tuvalu Gods of Olympus Hades Silver Coins are available to purchase online from JM Bullion.

Each of the 2014 2 oz Antique Tuvalu Gods of Olympus Hades Silver Coins in this product listing arrive with an individual wooden display box that includes a numbered Certificate of Authenticity from the Perth Mint. These coins have designs struck in high relief on beautiful, antique-polished rimless blanks. Every effort is made to give these coins an ancient appeal.

Hades is one of the most powerful gods in Greek mythology. The brother of Zeus and Poseidon, Hades rules over the dead and is considered the king of the underworld. His realm became so synonymous with himself that before an awful afterlife was known as “hell,” it was referred to as Hades.

The obverse of the 2014 2 oz Antique Tuvalu Gods of Olympus Hades Silver Coins includes the right-profile bust of Queen Elizabeth II. The monarchs of England are always featured in different reliefs from their predecessors. Whereas King George VI, Elizabeth II’s father, was depicted in left-profile relief on coins during his lifetime, the Queen always appears in right-profile relief. This design was created in 1998 by Ian Rank-Broadley and features the Queen with the Girls of Great Britain and Ireland Tiara.

On the reverse side of all 2014 Antique Tuvalu Gods of Olympus Hades Silver Coins is a depiction of the king of the underworld himself, Hades. His powerful figure is shown seated in a haunting throne made of human skeletons and skulls. His three-headed beast of a dog, Cerberus, is depicted at his side.

If you have any questions about these silver coins for sale, please don’t hesitate to ask. JM Bullion customer service is available to you at 800-276-6508, online using our live chat, and via our email address.