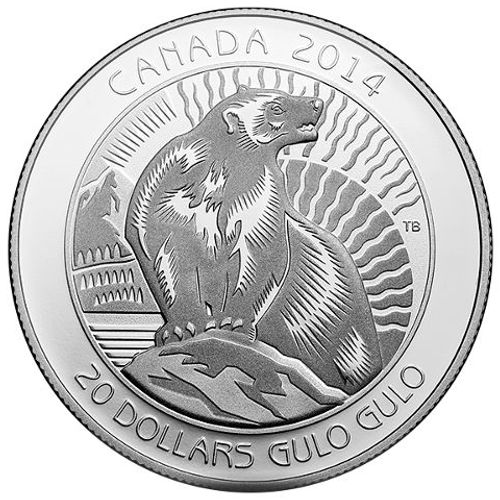 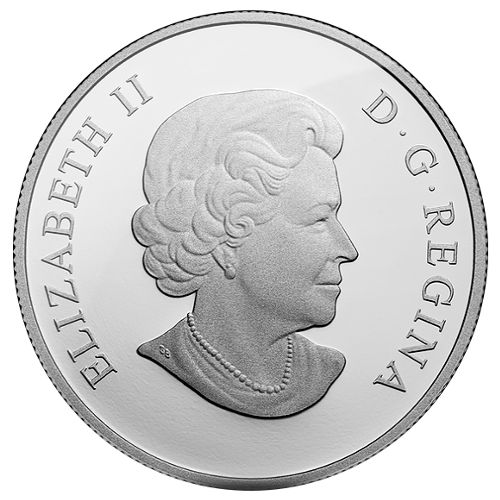 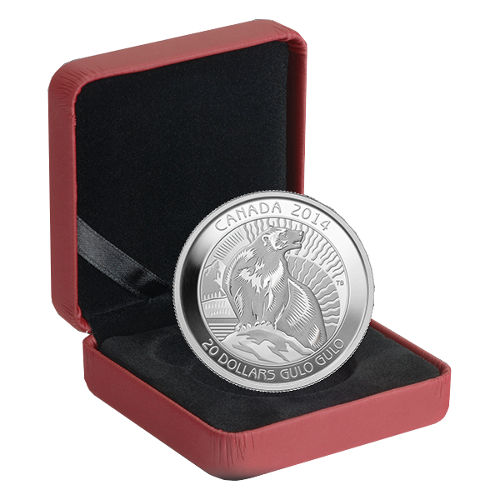 Limited mintage of only 8,500 coins worldwide!

In 2014, the Royal Canadian Mint released the Wolverine $20 Canadian Silver Coin. This coin would be the third and final coin of its Untamed Canada series. Each wolverine coin weighs 1 troy ounce with a diameter of 38 mm. These coins have the distinction of being purer than most with a 99.99% silver purity level. With only 8,500 coins produced during its limited mintage, the $20 wolverine coin has become one of the more difficult pieces to find. To prevent any damage to their mint state, each coin comes with its original mint box.

The image on the front of this coin features the proud wolverine as it stands upon the rocky terrain, basking under the glow of the warm sun with the rugged terrain of the Canadian mountainside serving as a backdrop. Inscribed around the image are the country, mintage year and value of the coin, along with Latin word for wolverine, Gulo Gulo. To further heighten its rustic quality of this design, the entire front image has been depicted in a woodblock style of engraving, which incorporates five separate and contrasting metal finishes.

In contrast with the rustic design of its front, the back of the coin utilizes a simpler more polished style of engraving to portray their former British monarch, Queen Elizabeth II. As with other limited release items, we advise customers to make their purchase in bulk while supplies are still available. All packages receive complimentary shipping along with insurance against theft, loss or damage.

With its highly sought after status and its bold powerful design, this 2014 Wolverine $20 Silver coin is certain to enhance any collection or investment. Due to its limited mintage, we recommend customers to take advantage while our supplies are still available. As with all orders, packages receive complimentary shipping and include insurance against loss or damage at no additional cost to you.

If you require any further information or assistance regarding this proof condition 2014 Wolverine $20 Silver Coin, we ask you to call us at 800-276-6508. Our staff is also happy to assist you via live chat and online forms. For more silver coins of proofs to expand your collection, be sure to check out our offering of other wildlife inspired silver coins from the RCM.