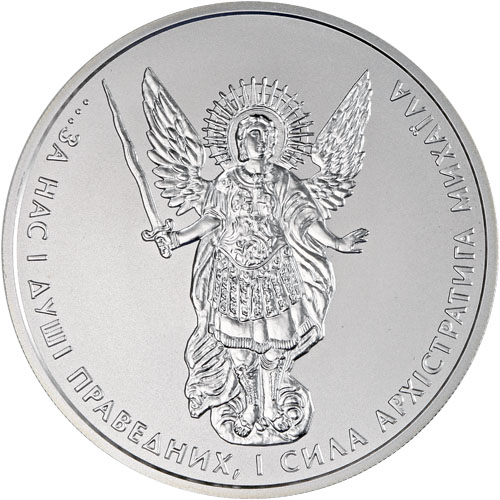 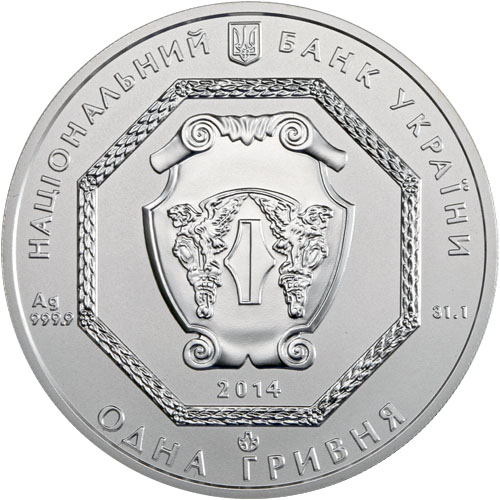 One of the most well-known archangels in the Western world is Michael. Known by many different names, from Saint Michael to Taxiarch Archangel Michael, he is widely known as a healer and leader of the army of God. Right now, this brilliant 2014 1 oz Ukrainian Silver Archangel Michael Coin is available from JM Bullion.

Each 2014 1 oz Ukrainian Silver Archangel Michael Coin in this JM Bullion listing is in BU condition. Coins in this condition exhibit no signs of wear and tear, though you may notice minor flaws including breaks in the luster, spotted surfaces, or contact marks from the coining process.

The Silver Archangel Michael coin was introduced by the National Bank of Ukraine in 2011 as an annual release coin. These coins, like many other national sovereign bullion coin programs, are released each year without change to the obverse or reverse designs in use.

On the obverse of the 2014 1 oz Ukrainian Silver Archangel Michael Coin youll find the image of Saint Michael. Known as the leader of the army of God, it is his duty to lead the forces of good in epic battles against evil to protect the children of God. For the Ukrainian people, Michael is viewed as the honored protector of the capital city and estate of Ukraine.

The reverse of these coins includes an image of the coat of arms for the nation of Ukraine. Located in Eastern Europe on the very border between Europe and Russia, Ukraine has long been in the sphere of influence for the Russians. These coins are issued by the National Bank of Ukraine, which engraves its name on the reverse in Ukrainian. All engravings on the obverse and reverse are in the native Ukrainian tongue.

The National Bank of Ukraine was established in 1992 following the dissolution of the Soviet Union, but its headquarters long served as a central bank for the nation even within the Soviet Union dating back to 1934. Among its roles in the Ukrainian economy is the procurement of precious metal reserves and issuance of gold and silver coins.