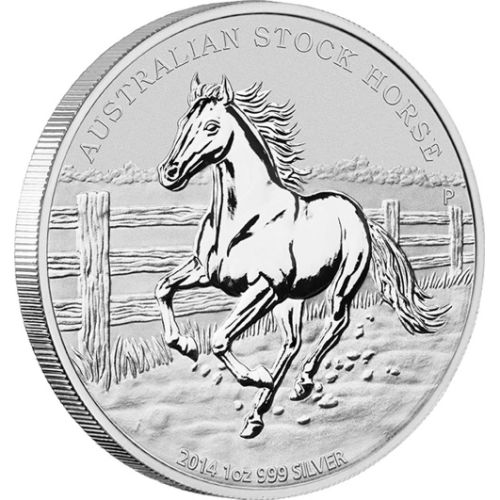 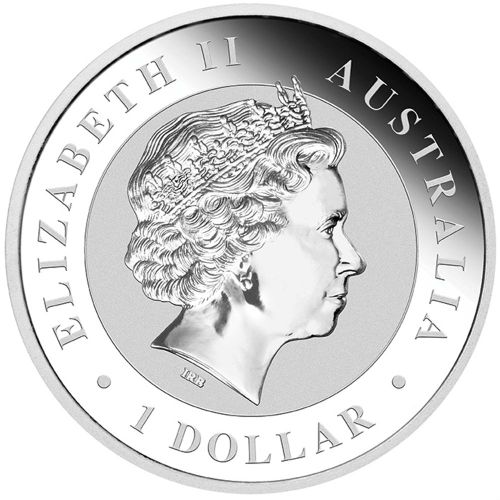 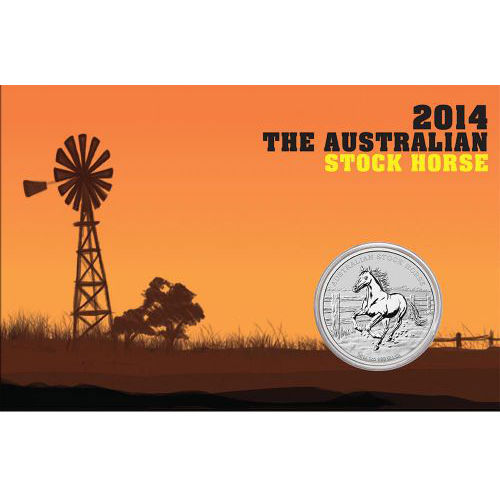 As the name suggests, the Australian Stock Horse was originally bred for the purpose of conducting stock work on farms and ranches, as well as exploration across the vast continent by its early settlers. The Stock Horse is the result of a combination of breeds include the Thoroughbred, Arab, and Timor and Welsh Mountain ponies.

Australian Stock Horses are known for their strength, stamina, and courage. This not only made them excellent for use in farm and ranch work, but also as mounts for early explorers. In fact, 120,000 of these horses were used by Australian forces in the British Royal Army during World War I.

The Australian Stock Horse Silver Coin Series debuted in 2013 with a design known as the rearing horse, and continues with the release of the 2014 1 oz. Australian Silver Stock Horse Coin featuring the galloping horse design.

On the reverse side of the Australian Silver Stock Horse coin is the image of one of these magnificent creatures as it stretches its legs galloping alone a fenced in portion of rural Australia. Engravings on this face identify the coin series, as well as the year of issue, weight, purity, and metal content of the coin.

The obverse side of the 2014 1 oz Australian Silver Stock Horse Coin has the right-profile portrait of Queen Elizabeth II. Englands longest reigning monarch is captured at the age of 72 in this 1998 creation from Ian Rank-Broadley.

Perth Mint is Australias oldest operating mint facility. Once part of the three-mint Royal Mint system in Australia, it is the only surviving facility from that day and is now a state-owned entity of Western Australia that operates apart from the Royal Australian Mint.

If you have questions, JM Bullion associates are waiting to help. You can contact us on the phone at 800-276-6508, online using our live chat, and via our email address. If you are interested in similar products, be sure to check out our full selection of Australian Silver Coins.