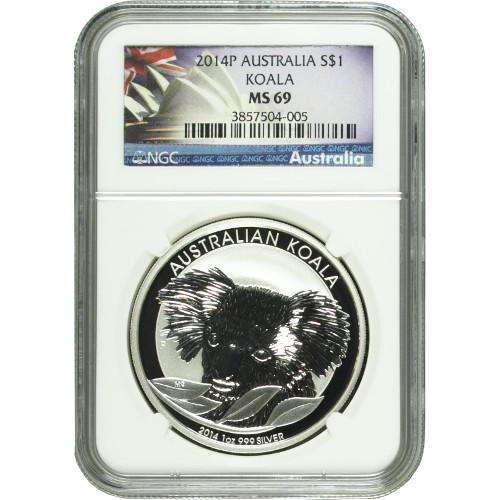 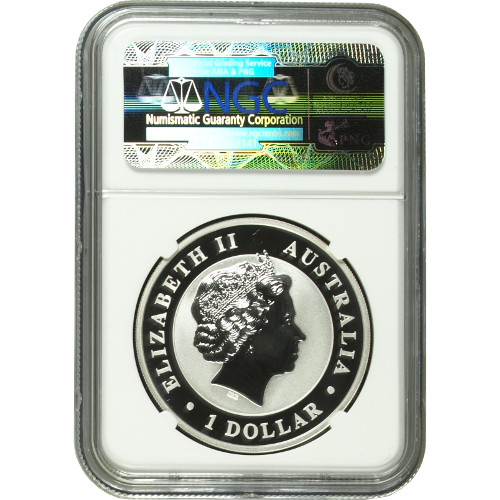 There are a number of creatures that pop into the mind when you think of the nation of Australia. Known for its fearsome crocodiles and the unique kangaroo, the continents cute and cuddly koala is also one of its most popular residents. The koala features on one of the Perth Mints most popular coin programs, and JM Bullion currently offers the 2014 1 oz Australian Silver Koala coin in near-perfect condition.

There are a lot of misconceptions outside of Australian when it comes to the koala. First among them, the name koala bear. Much like the beloved kangaroo, the koala is actually a marsupial and is a largely nocturnal animal that sleeps up to 18 hours in a given day. Additionally, the cuddly image of the koala is misleading. When tested, the animals have the capacity to defend themselves with a nasty temperament.

Each of the 2014 Australian Silver Koala coins in this production listing earned a near-perfect grade from the NGC. Coins with an MS69 grade feature their full, original mint luster, but may also exhibit a maximum of two minor detracting flaws such as miniscule contact marks. Click here to seehistorical Perth Silver Koala mintages.

On the obverse face of the coin is the traditional image of Queen Elizabeth II. Her Majestys right-profile portrait was created in 1998 by Sir Ian Rank-Broadley, and features along with engravings of her name, the nation of issue, and the coins face value.

The reverse design of Australian Silver Koala coins changes each year, but always focuses on its namesake creature. For 2014, the Perth Mint selected the up-close image of a koalas face. Its long fur and identifiable large nose are easily distinguishable, as are the eucalyptus leaves in front of it, a staple in its diet.

The Perth Mint is the oldest operating facility in Australia, having opened in 1898 as part of the British Royal Mint system. Today it is the lone remaining facility from that era, and operates separate of the Royal Australian Mint system.

Please direct your questions to a JM Bullion associate at 800-276-6508. You can also reach out to us online using our live chat and email features.