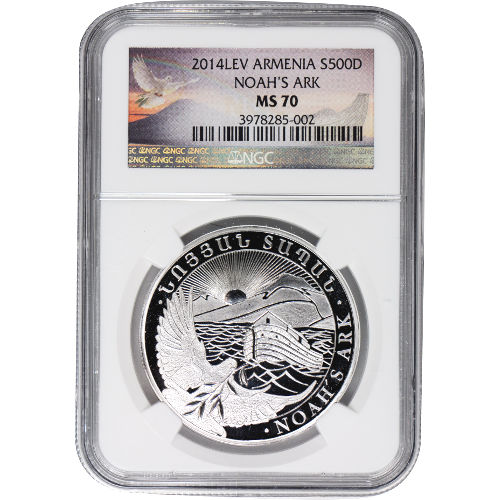 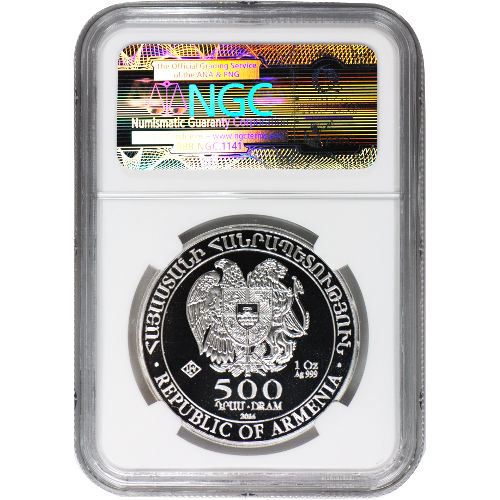 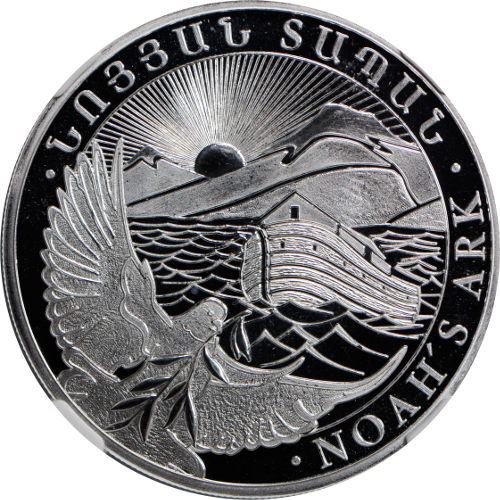 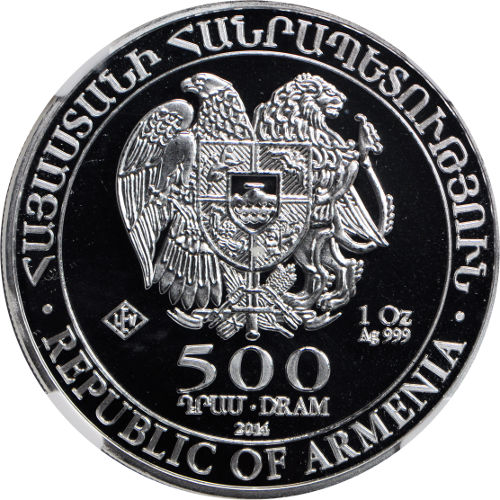 The official silver bullion coin of the Republic of Aremenia celebrates the biblical history of this landlocked, Eurasian country. Millions of Christians around the globe are familiar with the tale of Noahs Ark from the Book of Genesis in the bible. That motif is the focal point of the 2014 1 oz Armenian Silver Noahs Ark coin, which you can purchase today from JM Bullion with a perfect Mint State 70 grade from the Numismatic Guaranty Corporation.

Each of the 2014 1 oz Armenian Silver Noahs Ark coins included in this listing have a perfect MS70 grade from the NGC. In order for a coin to be classified as MS70, it must have an original luster of the highest quality for its date and mint, as well as an attractive, sharp strike. Youll find no contact marks or hairlines visible on an MS70 coin, even under magnification.

The people of Armenia have a deep cultural connection to the tale of Noahs Ark. In the Book of Genesis, God comes to Noah with a warning and a chance to avoid catastrophe. Upset with mankinds sins, God plans to cleanse the Earth with a massive flood. Noah is tasked with building an ark to save his family and the animal species of the world. After 40 days adrift on the flood waters, Noahs Ark comes to rest on Mount Ararat.

Armenias national borders have changed dramatically over the past two centuries, but Mount Ararat was once within the nations boundaries. Additionally, it was the first country to adopt Christianity as its official religion.

On the reverse side of the Armenian Silver Noahs Ark coin, the depiction of Noahs Ark is featured. In the image, the ark is visible floating atop the flood waters. In the background, Mount Ararat rises toward the heavens, as a solitary dove flies in the foreground. The obverse bears the coat of arms for Armenia and the inscription Republic of Armenia in Armenian and English.

Germanys Geiger Edelmetalle, founded in 1218, produces the Armenian Noahs Ark coin each year. The Mint strikes the coins in .999 fine silver each year, with weights varying from oz to 1 kilogram.

JM Bullion encourages customers to ask questions when they arise. You can contact our associates at 800-276-6508, using our live web chat, or via email.