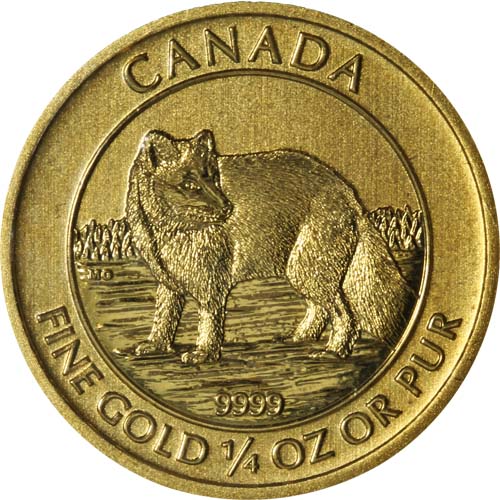 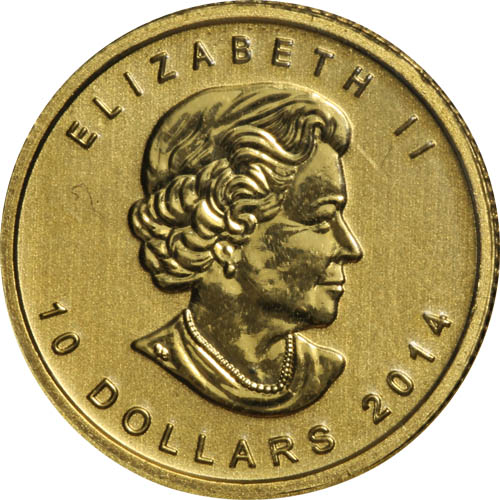 One of the earliest, unique fractional-ounce coins from the Royal Canadian Mint was the 1/4 oz Arctic Fox. The RCM traditionally issues a 1/4 oz gold coin in its coveted Canadian Gold Maple Leaf Series, but also offers the distinctive fractional weight in other one-off programs. The Arctic Fox was one of the first examples of the latter. Right now, 2014 1/4 oz Canadian Gold Arctic Fox Coins are available to purchase online from JM Bullion.

Each of the 2014 1/4 oz Canadian Gold Arctic Fox Coins available today at JM Bullion comes with a protective plastic flip housing the individual coins. These coins were issued only in 2014 with this particular design as an alternative option for investors. A distinct 1/4 oz gold coin like this offers another affordable option to investors, while offering differentiation from the Canadian Gold Maple Leaf Series.

The Arctic Fox is native to the Arctic regions throughout the Northern Hemisphere. Also known as the white fox, polar fox, or snow fox, the Arctic Fox is well-adapted for life in the Arctic Circle. It has a much thicker coat of fur than other species of fox, and with its white coat, it can blend into its surroundings for better protection against its natural predators.

The obverse side of 2014 1/4 oz Canadian Gold Arctic Fox Coins features the right-profile bust of Queen Elizabeth. This beautiful design is the fourth-generation portrait of the Queen to feature on Canadian coins. It was developed in 2003 by Susanna Blunt and is the first bust of the Queen during her reign to lack a crown in the design. Notably, this is just the second monarch effigy created by a Canadian artist.

On the reverse face of the 2014 Canadian Gold Arctic Fox Coin is a depiction of the Arctic Fox in left-profile relief. The fox is shown amidst the snowy, frigid tundra of the Arctic Circle with a tree line visible in the distant background. The fox is looking back slightly over its shoulder surveying the tundra around it.

Founded in 1908, the Royal Canadian Mint is the official sovereign mint of Canada. It originally operated only the Ottawa Mint, but now also operates the Winnipeg Mint as of 1980. The former produces all bullion coinage for the nation, while the latter produces its circulation coinage and notes.