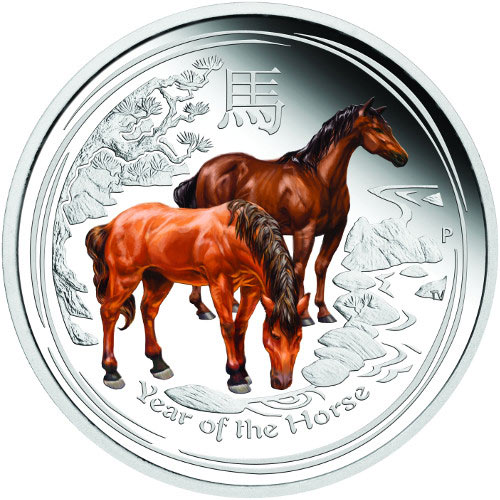 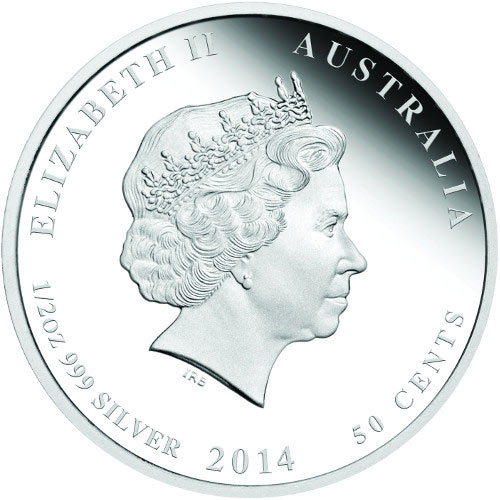 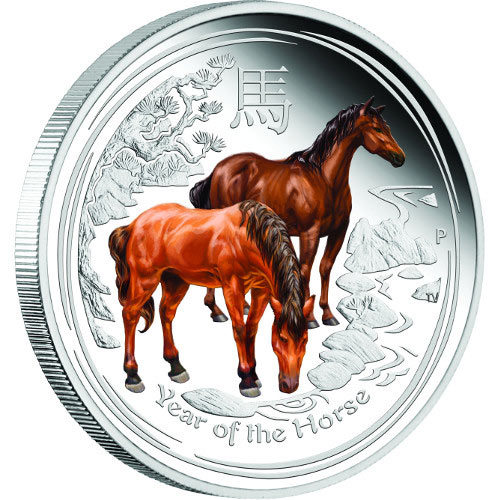 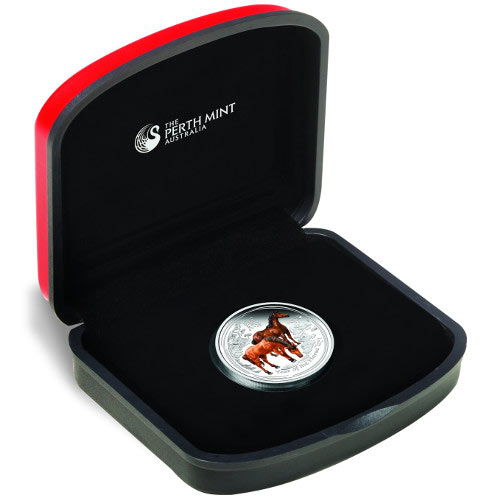 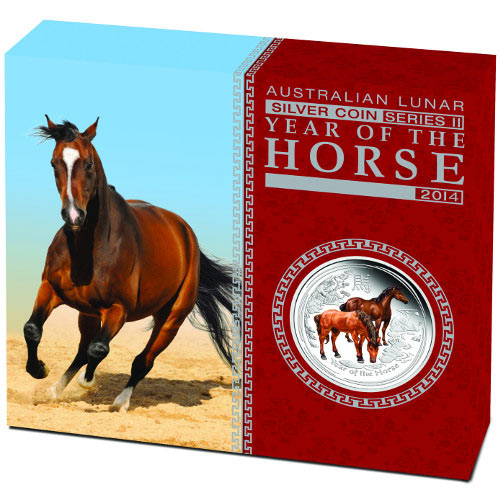 Perth Mint Lunar Series II coins are available in bullion and proof versions, with gold and silver coins released annually. Among the most popular each year are the proof collectible coins, and the colorized versions are coveted by those who like a little extra pop in their precious metals collection. Right now, the 2014 oz Proof Colorized Australian Silver Horse Coin is available in original box from JM Bullion.

Coins in the Lunar Series II collection are sought after each year by collectors because they include different reverse designs, which makes them a valuable addition to any personal collection. Beyond the new designs, unique releases of colorized products adds further value of any coin.

The 2014 oz Proof Colorized Australian Silver Horse Coin is one of two weights, along with a 1 oz coin, in this limited-issue colorized Year of the Horse offering. Each coins reverse side has the standard Year of the Horse design for 2014, but the animals have real-life colors added for extra appeal.

On the reverse of the 2014 oz Proof Colorized Australian Silver Horse Coin youll find the image of two horses standing along the edge of a creek grazing on grass. One horse has a darker, brown hue and is standing with its head up. The other horse is a richer, redder color with its head down grazing at the waters edge.

The obverse of all Lunar Series II coins features the right-profile portrait of Queen Elizabeth II. Her Majestys effigy appears on all Australian coinage and this particular design is the fourth-generation depiction of the Queen since her 1952 ascension to the throne of England. IT was created in 1998 by Ian Rank-Broadley.

The Perth Mint is a state-owned entity of the government of Western Australia. Originally opened in 1899 as the third and final Royal Mint facility, today it operates independently of the Royal Australian Mint, which has served as the sovereign mint of the nation since 1965.

If you have any questions, please dont hesitate to ask. JM Bullion customer service team members are available at 800-276-6508, online through our live chat, and via our email address.