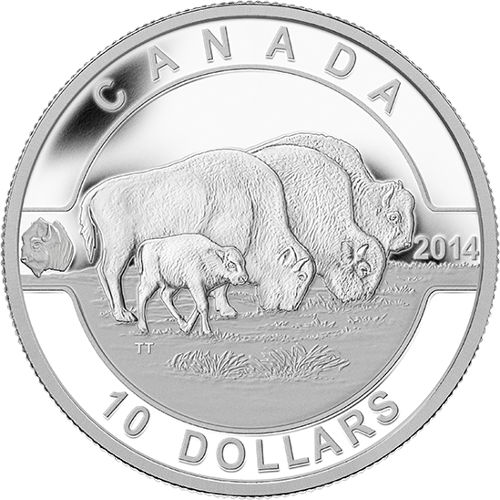 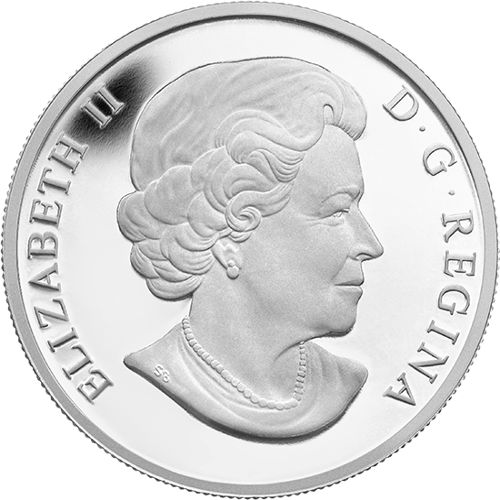 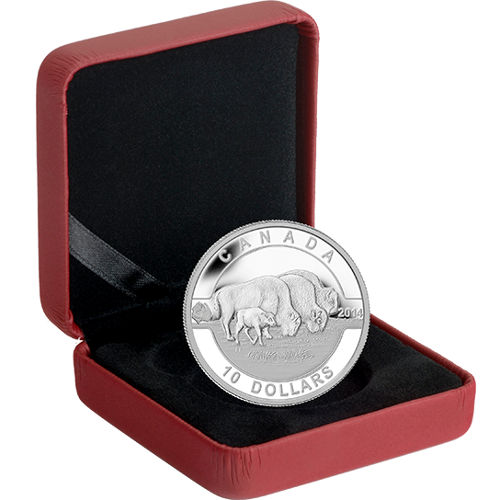 The 2014 1/2 oz Bison $10 Canadian Silver Coin has been struck at the Royal Canadian Mint as part of their popular O Canada series. These coins are available in brand new condition with a matte proof finish. Each coin has been minted in .9999 pure silver, weighs 1/2 troy ounce and has been assigned a $10 CAD face value. All coins are shipped in their sealed RCM packaging which includes a maroon clamshell display box with an individually numbered COA.

Canada is known around the world as a wide open land with a bountiful blessing of natural wonders. From breathtaking mountain ranges to wide open prairies, Canada is a land of many splendors. During 2014, the Royal Canadian Mint has been busy producing a number of commemorative coins in the O Canada Series. The full series of coins celebrates Canadas natural beauty with iconic images of Canadian life.

The 2014 1/2 oz Bison $10 Canadian Silver coin honors one of the most iconic creatures of the Canadian wilderness, the bison. The bison coin is the eighth coin struck in the O Canada series. While bison freely roam the United States, the creatures are the target of natural predators such as wolves, bears, and cougars. In Canada, the bison roams the protected areas of the countrys northern stretches.

Trevor Tennant designed the feature image on the bison coin series. In his creation, a group of four bison are seen grazing in a field. The family group consists of three elder bison, with a newly born bison keeping close to the adults for protection. The other side of the coin features a portrait of Englands Queen Elizabeth II.

On the reverse side of the 2014 1/2 oz Bison $10 Canadian Silver coin is Tennants image of the buffalos grazing in a field. Stamped above their heads is the word Canada, while the face value of the coin (10 dollars) is stamped below. On the obverse side of the coin, Queen Elizabeth IIs image is surrounded on the left by her name (Elizabeth II) and on the right by the phrase D.G. Regina. In Latin, this phrase means Dei Gratia Regina, or By the Grace of God, Queen.

The Royal Canadian Mint was first established in 1908 to refine gold and silver. The expansion of minting operations in Canada at this time was the result of the gold rush occurring in the Yukon Territories at the turn of the 20th century. Over time, the Royal Canadian Mint has produced coins and gold bullion used by the United Kingdom to pay off debts from World War I. The mint has produced some of the purest gold bullion in the world, and is responsible today for the production of circulation coinage for the Government of Canada.

If you would like to learn more about these coins or have any questions, feel free to give us a call at 800-276-6508. Alternatively, you can reach a member of our customer support staff online via live chat and email. Be sure to view our full offering of products from the Royal Canadian Mint for more stunning coins from the O Canada series.