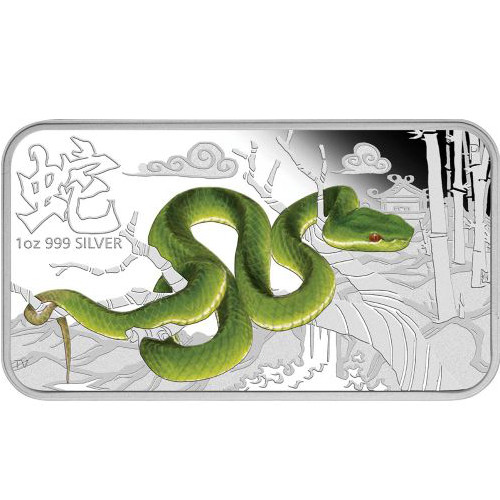 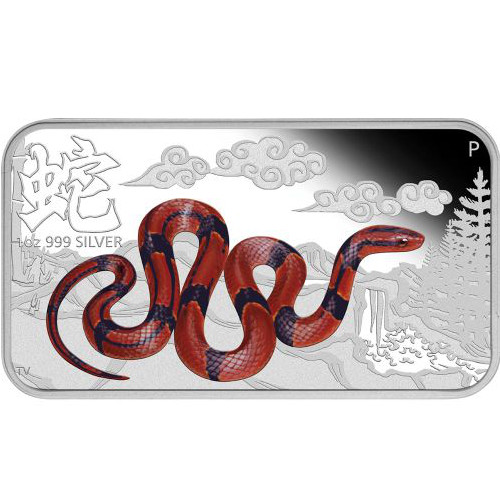 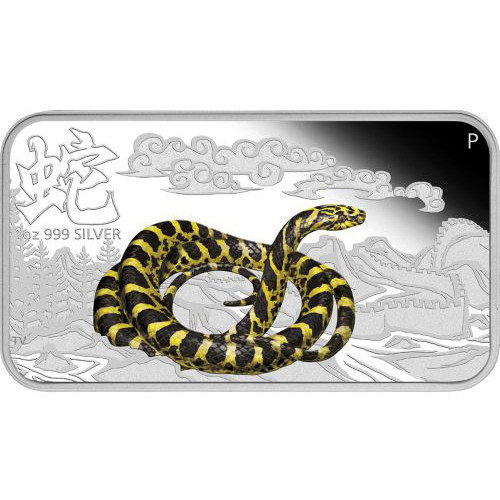 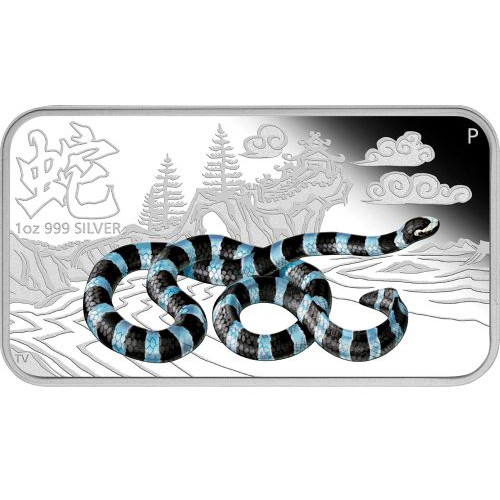 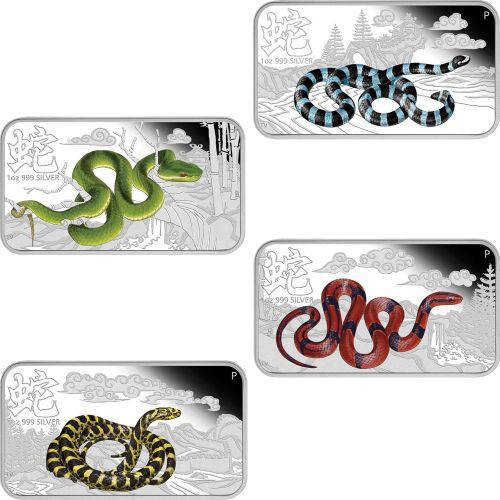 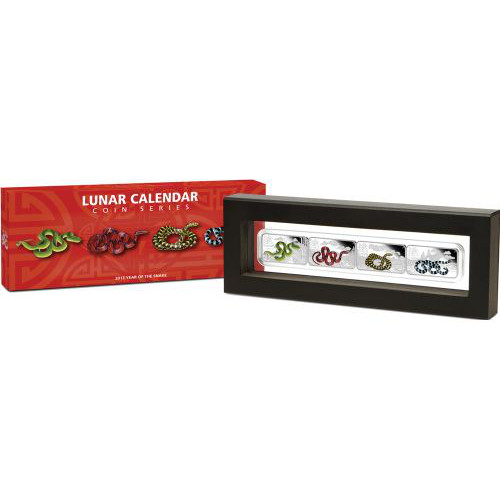 Perth Mint is a highly respected minting facility, and its Lunar Series II collection is one of the most sought-after programs in the precious metal industry right now. Each year the Lunar Series II program features new design releases, and in this special release you have the opportunity to collect four coins with unique designs in one package. The 2013 Colorized Australian Silver Snake Rectangle 4-Coin Set is available to purchase from JM Bullion.

In this unique listing from JM Bullion you’ll get the Perth Mint’s one-of-a-kind four-coin set that features four different Year of the Snake designs on each of these rectangle-shaped coins. While standard Year of the Snake releases are Australian currency, these coins are issued by the Cook Islands with face values in Cook Island dollars.

On the reverse of each coin in the 2013 Colorized Australian Silver Snake Rectangle 4-Coin Set includes the colorized image of a creature in the Year of the Snake release. As mentioned, each coin has its own different snake represented in real-life hues.

The obverse of all coins features a Cook Islands design for the right-profile portrait of Queen Elizabeth II. Her Majesty’s effigy appears on the obverse of all British and commonwealth locations, with this particular design created by Raphael Maklouf.

Your 2013 Colorized Australian Silver Snake Rectangle 4-Coin Set ships in a commemorative display box that is rectangular in shape, displaying all four of your rectangular coins in a line with the designs visible inside the case.

The Perth Mint was founded in 1899 by the Royal Mint as it expanded its footprint in Australia. However, just three years later Australian federation changed the status of mints in the nation as a new, independent country formed. Today, the Perth Mint is a state-owned entity of Western Australia and exists independent of the Royal Australian Mint.

We encourage JM Bullion shoppers to reach out to us with questions. You can connect with our customer service associates at 800-276-6508, connect with us online through our live chat, or send us an email.