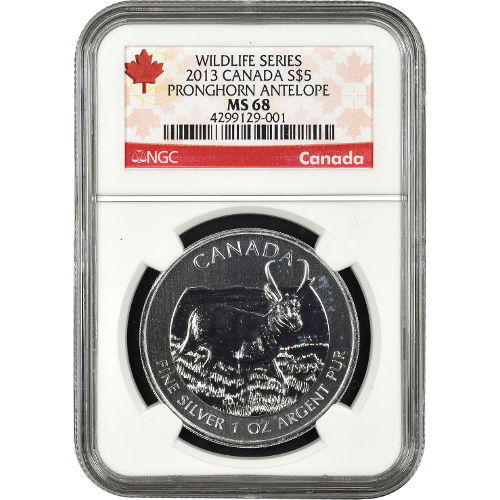 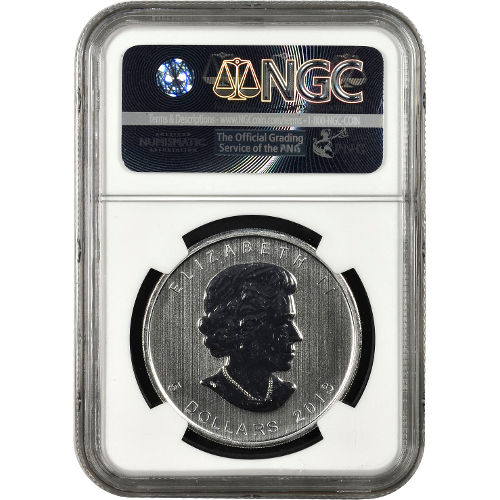 The Canadian Wildlife Series of coins from the Royal Canadian Mint debuted in 2011 with a wolf design. The series went on to include a total of six coins released over three years, with each new design representing a notable wild resident of Canada. The 2013 1 oz Canadian Silver Pronghorn Antelope was the first coin released in 2013, and is currently available from JM Bullion with certification from the NGC.

Canadian Wildlife Series coins each had very low mintages, creating intense demand for the coins when their release dates approached. In total, the series included two coins released each year over three years. The wolf and grizzly bear designs highlighted 2011, with the cougar and moose available in 2012. The Pronghorn Antelope was followed by the wood bison design to wrap up the series in 2013.

The 2013 Canadian Silver Pronghorn Antelope available in this JM Bullion product listing has a Mint State 68 grade. According to the NGC, these coins have their full, original luster with an attractive strike, and no more than three to four minor flaws. These flaws are limited to miniscule contact marks and are not located within the primary focal area.

On the reverse is the image of a grazing Pronghorn Antelope. This was the first coin in the Canadian Wildlife Series designed by Emily Damstra, who took over the design of coins in the series from Royal Canadian Mint Assistant Engraver William Woodruff.

The obverse features the familiar right-profile portrait of Queen Elizabeth II found on Royal Canadian Mint coins for decades. This particular design comes from Susanna Blunt, and was created in 2003.

The Royal Canadian Mint operates two facilities. One is located in the federal capital of Ottawa, while the other was opened in Winnipeg in the 1980s to bolster production capacity.

If you have questions, JM Bullion associates are available to help. Please contact us on the phone at 800-276-6508, online using our live chat, or via email.