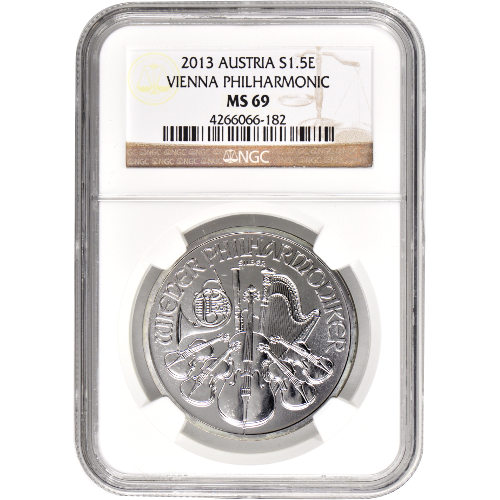 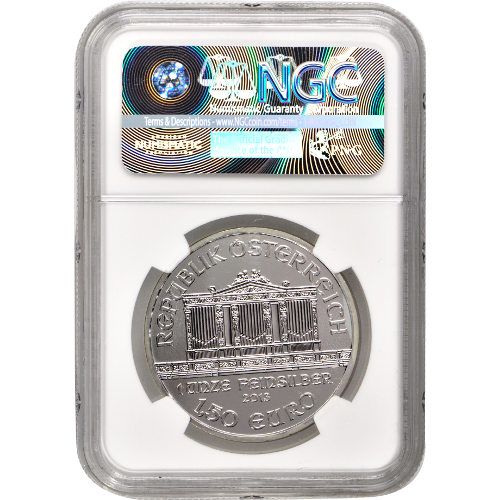 Many nations have sovereign coin programs that offer both gold and silver bullion coins for investors and collectors. While most nations introduce their coin programs in close proximity time wise to one another, others do not. It took nearly 20 years, but the Austrian Silver Philharmonic was finally introduced after its gold counterpart in 2008. Now, the 2013 Austrian Silver Philharmonic is available through JM Bullion.

Thomas Pessendorfer designed the obverse and reverse sides of the Austrian Philharmonic coins gold bullion program in 1989, and those images were once again used when the Austrian Silver Philharmonic debuted in 2008. In just two short years, the silver coin had increased in popularity to the point that its mintage was nearly doubled, and it had become popular across the European continent with investors and collectors.

On the obverse side of the coin is the image of Viennas Musikverein Golden Hall. On the coin, the pipe organ from inside the hall is featured, along with ornate designs of the seating areas and balconies.

The reverse side of the coin features an array of instruments used by orchestra members during productions. These images include a French horn, bassoon, harp, cello, and violin. Primary engravings on both sides of the coin, including its identifying features (metal content, weight, and purity) are engraved in German.

Each of the Austrian Silver Philharmonic Coins available to you in this JM Bullion listing has a near-perfect grade from the NGC. These coins still have their full, original luster, and no more than two minor detracting flaws.

We encourage all JM Bullion customers to contact us with questions. You can reach one of our associates on the phone at 800-276-6508, online through our live chat, or via email. If you are interested in similar products, be sure to check out JM Bullion’s full selection of Austrian Silver Philharmonic Coins.