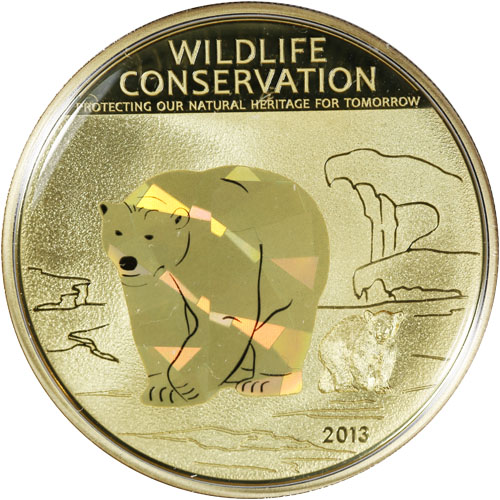 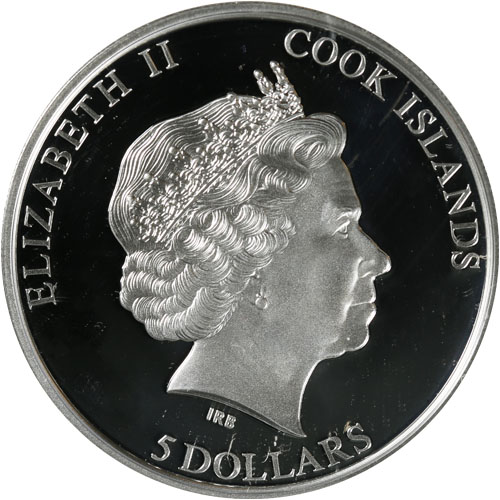 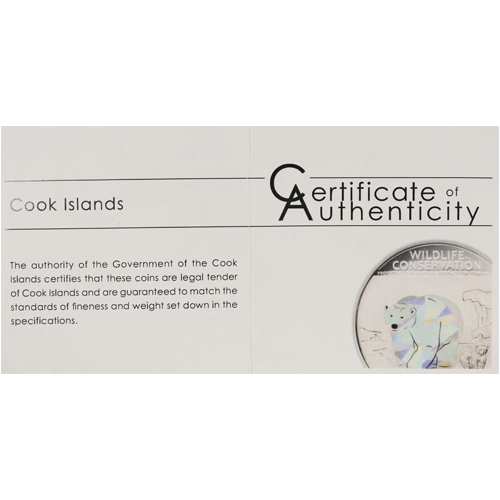 The Wildlife Conservation series was created in an effort to bring awareness to animal species around the world that are endangered. This 2013-coin design features the polar bear, a species that resides in the Arctic on ice-covered waters. Scientists estimate that less than 26,000 polar bears are left in the world, making this species endangered. The 2013 $5 Proof Cook Islands Silver Wildlife Conservation Polar Bear Prism Coin can be purchased today from this listing at JM Bullion.

The 2013 $5 Proof Cook Islands Silver Wildlife Conservation Polar Bear Prism Coin is packaged in a protective capsule and ships to your door with a Certificate of Authenticity. Coin collectors and investors everywhere can enjoy the unique visual features of this coin series from the colorization of the animals. With a limited mintage of only 2,500 coins, this coin release is truly special in many ways.

The obverse of the 2013 $5 Proof Cook Islands Silver Wildlife Conservation Polar Bear Prism Coin shows the profile portrait of Queen Elizabeth II. This effigy was originally created by Raphael Maklouf and has since been featured on many coin designs released from this mint. The obverse of the 2013 coin also shows the coins value, country of origin, and the inscription, ELIZABETH II.

On the reverse of the 2013 $5 Proof Cook Islands Silver Wildlife Conservation Polar Bear Prism Coin features a multi-color prismatic image of a polar bear in its natural habitat. The adult bear design has been illustrated in prism technique, while the cub remains in greyscale and blends into the background. The release year of the coin is listed on the reverse, as well as two inscriptions: WILDLIFE CONSERVATION and PROTECTING OUR NATURAL HERITAGE FOR TOMORROW.

If you have any questions when you buy silver online, please reach out to our team at JM Bullion using our live online chat or email features. You can also call us at 800-276-6508.