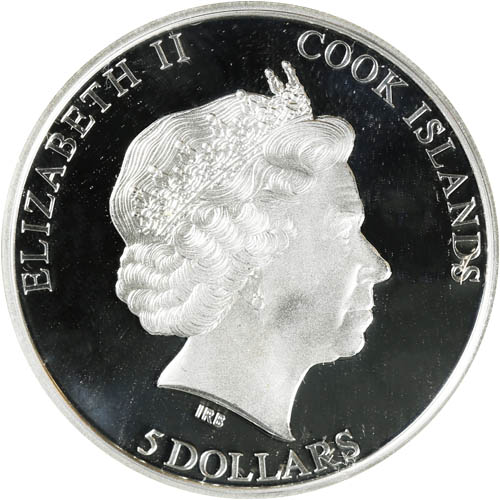 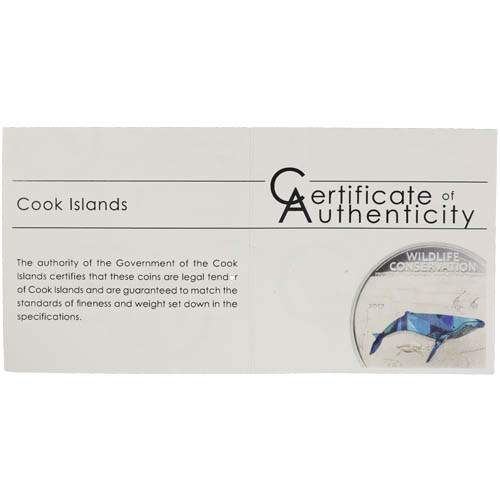 The Wildlife Conservation series features colorized images of endangered species from around the world. This 2013 release shows the great creature that lives under the sea, the humpback whale. Humpback whales live in all oceans worldwide and can travel great distances, making them a truly extraordinary creature. The 2013 $5 Proof Cook Islands Silver Wildlife Conservation Humpback Whale Prism Coin is currently available for purchase online from JM Bullion.

The 2013 $5 Proof Cook Islands Silver Wildlife Conservation Humpback Whale Prism Coin is a great addition to this coin collection with the colorization of the humpback whale. Like other coins in this series, this 2013 release has a limited mintage of 2,500. It also offers unique and appealing visual contrast, so coin collectors and investors everywhere will love this special coin.

The Wildlife Conservation series follows different species of animals from around the world that have become endangered. The Cook Islands coins have featured three different animals, including the polar bear, the penguin, and the humpback whale. Each animal covers one region of the world, with the polar bear in the North Pole, the penguin in the South Pole, and the humpback whale under the ocean. This coin series has served to bring awareness to the fact that so many animal species are endangered due to disturbances to their natural environment.

The obverse of the 2013 $5 Proof Cook Islands Silver Wildlife Conservation Humpback Whale Prism Coin shows the portrait of Queen Elizabeth II. This effigy of Her Majesty the Queen was originally designed by Raphael Maklouf and has since been used on many coin designs and releases. The coins value and country of origin are also shown on the obverse, as well as the inscription, ELIZABETH II.

On the reverse of the 2013 $5 Proof Cook Islands Silver Wildlife Conservation Humpback Whale Prism Coin is the colorized design of the humpback whale. Next to the humpback is a baby whale, which remains in greyscale to blend in with the ocean background. This 2013-coin also features two fish swimming along next to the whale. The reverse has two inscriptions above the humpback whale: WILDLIFE CONSERVATION and PROTECTING OUR NATURAL HERITAGE FOR TOMORROW.

If you have any additional questions when you buy silver, please reach out to our team at JM Bullion. We are available by phone at 800-276-6508, or via our online live chat or email features.