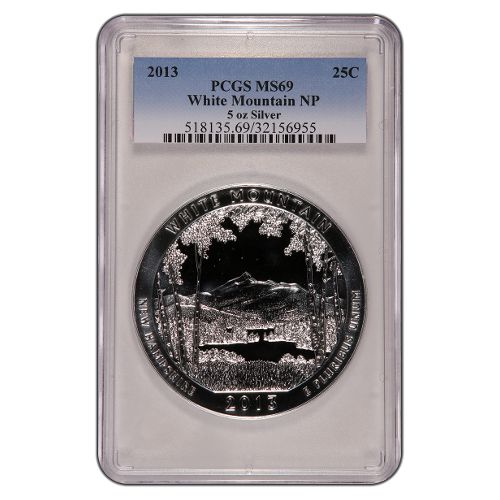 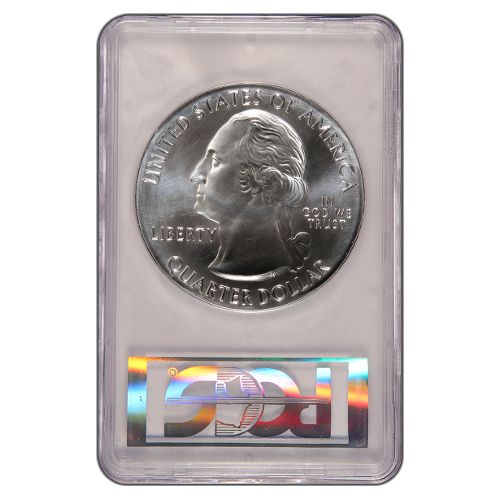 White Mountain National Forest is one of the largest federally managed forests in the Eastern United States. Although it is often referred to locally as a national park, the region is a forest under the governance of the US Forest Service. The regions beauty is captured on the 2013 5 oz ATB White Mountain Silver Coin, available now from JM Bullion.

The national forest covers roughly 750,852 acres in the state of New Hampshire, with a very small portion of the forest contained within neighboring Maine. The forest was brought under federal control in 1918 after four years of federal land purchases. White Mountain National Forest is broken into three discontinuous areas, and consists of six designated Federal Wilderness Areas.

America the Beautifuls 56-coin series honors moments, monuments, and places of significance across the nation. Each year there are five new coins released with reverse designs that honor a different state or territory. In total, the program will represent each US state, the five territories, and the District of Columbia.

On the reverse side is the image of a lake in the middle ground, surrounded on all sides by endless forests. The view created on the coins reverse appears to peek through the woods, out across the lake toward a mountain peak in the background. The obverse bears President George Washingtons left-profile bust, as featured on standard circulation quarters.

Each coin in this product listing earned a near-perfect grade from the PCGS. These coins still have full, original luster, and a maximum of two blemishes, contact marks, or detracting flaws. The coins are all struck by the United States Mint at its Philadelphia Mint and San Francisco Mint.

If you have questions about these coins, a JM Bullion associate is ready to help answer those inquires. You can reach our team members at 800-276-6508, online using our live web chat, and via email. If you are interested in similar products, check out the America the Beautiful Coins page of JM Bullion’s website.