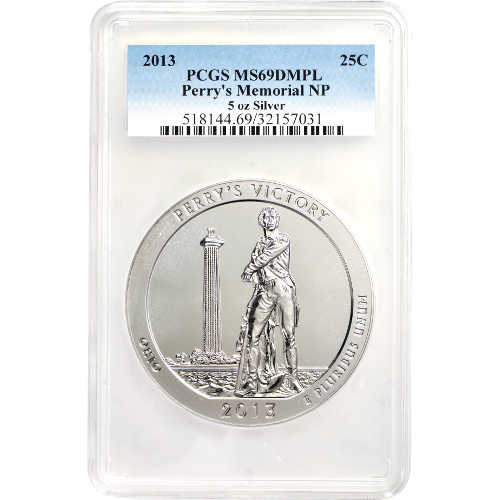 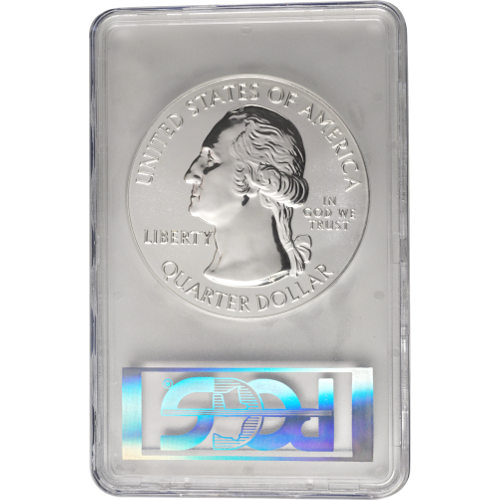 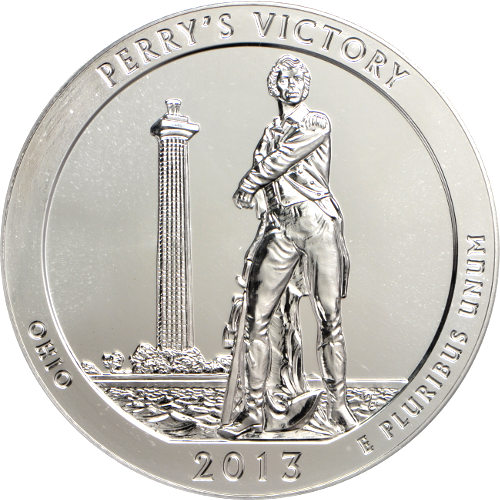 The majority of the coins in the America the Beautiful series honor national parks or forests in the United States. Few of the coins commemorate significant moments from American history that helped shape the nation. The 2013 5 oz ATB Perrys Victory Silver Coin does just that, and is available now from JM Bullion.

During the War of 1812, Oliver Hazard Perry etched his name in United States Naval history by leading his humble fleet to victory over the superior British Royal Navy during the war. Perrys victory was vital in protecting American territory, and the monument to his success includes an International Peace Memorial honoring the lasting peace that occurred between Britain, Canada, and the United States after the wars conclusion.

America the Beautiful is a 56-coin series that commemorates moments and monuments such as Perrys Victory. The program is scheduled to run through 2021, and will honor one moment or monument in each of the 50 US states, five territories, and the federal district.

On the reverse side of the coin is the image of Perry himself, standing in front of the International Peace Memorial as its towers toward the heavens behind him. The obverse side bears the common imagery found on the standard American quarter, that of President George Washington.

Each of the coins in this product listing is available with a Mint State 69 grade from the PCGS. The full, original luster is still visible, and the surface features no more than two detracting flaws, contact marks, or blemishes. Although its a bullion coin, this product features a deeply-mirrored, proof-like finish.

The United States Mint produces these coins with a special coining press installed at the Philadelphia Mint, as well as the San Francisco Mint. If you have questions for a JM Bullion associate, there are three ways to reach us. Call us at 800-276-6508. Connect with us online through our live chat service; or you can send us an email.