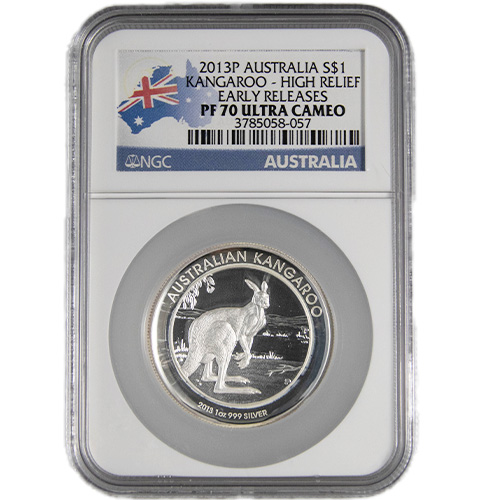 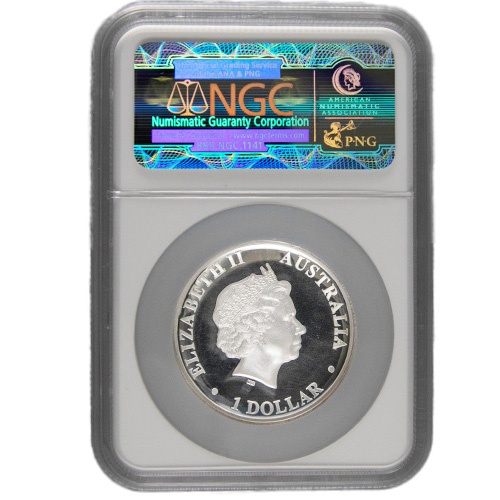 The Silver Kangaroo was first introduced due to the massive success of the Perth Mint’s previous programs which featured the Australian Silver Kookaburra and the Silver Koala.

Kangaroos are one of the most beloved creatures from the Australian continent and are well known around the world as a symbol of the nation. With its distinctive movement and massive, powerful tail, the kangaroo is a unique creature. It is also the largest marsupial in the world today.

When it comes to the obverse side of these unique coins, you will be treated to the iconic effigy and historical profile of Queen Elizabeth II, the longest-reigning monarch of England. Her profile is surrounded by inscriptions of her name, the nation of issue, and the coin’s face value.

On the reverse is the image of the Australian kangaroo, complete with a new security feature in the letter A for the engraving of Australia. When viewed under magnification, a smaller letter A is visible.

For these silver coins, the Perth Mint rolled out increased security features on the reverse side of the design. The new authentication features include the aforementioned micro-laser engraved letter A inside of the first A in the engraving of Australia. It is only visible under magnification and is designed to combat counterfeiting.

These coins are PF70 specimens according to the NGC. Coins in this condition showcase full, original mint luster and have no detracting flaws of any kind. High-relief proofs have greater depth to the background field and enhanced relief on the design strike.

Australia’s Perth Mint is a state-owned entity of the government of Western Australia and is not associated with the Royal Australian Mint.

We encourage all JM Bullion customers to contact us with questions about these 1 oz silver coins. You can call us at 800-276-6508, chat with us live online, or email us directly.