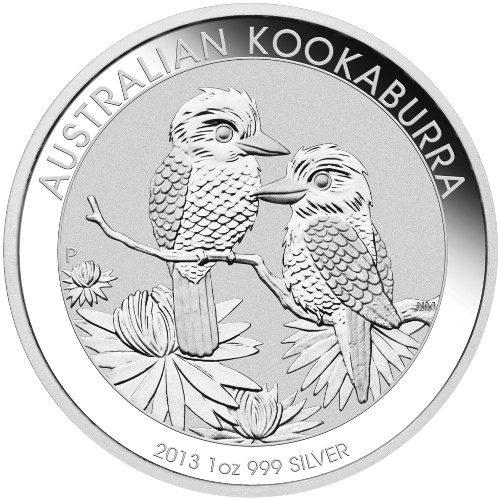 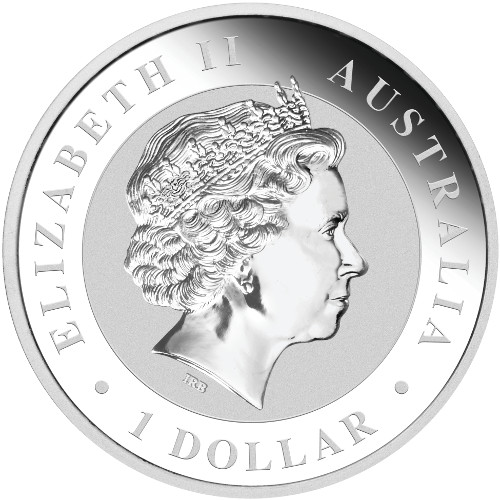 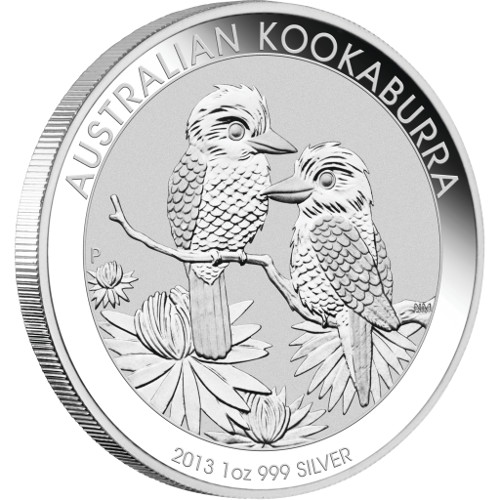 The Australian Kookaburra was the first coin from the Perth Mint’s annual bullion releases to feature a native species. Today, the mint also offers Australian Koala and Australian Kangaroo coins, but the Kookaburra started it all.

Kookaburra coins feature the image of a native bird species. The birds are found throughout the country, but are particularly notable not for their look or size, but for a unique characteristic. The call of the kookaburra sounds a lot like a human laugh, and is easily confused with human voices in the distance.

Each 2013 1 oz Australian Silver Kookaburra Coin in this listing is in BU condition. Coins in BU condition have no signs of wear and tear, though you may notice minor flaws ranging from breaks in the luster and spotted surfaces to contact marks from striking the coins during the production process.

The obverse of each Australian Silver Kookaburra coin bears the effigy of Queen Elizabeth II. Her Majesty’s effigy has appeared on the Kookaburra since 1990 when it was introduced, and this 1998 depiction is the second to appear on the Australian Kookaburra and fourth overall image of Her Majesty since she ascended to the throne in 1952.

On the reverse of the 2013 1 oz Australian Silver Kookaburra coin is the image of two small kookaburras sitting on a branch. Engravings include the name of the series, and the coin’s weight, metal content, purity, and year of issue.

The Perth Mint opened in 1899 as the third and final mint in the Royal Mint system under British colonial control. Following the closure of the Sydney Mint and Melbourne Mint, it remains as the oldest operating mint in the country. Today it is a state-owned entity of Western Australia and operates separate of the Royal Australian Mint.

Please feel free to reach out to JM Bullion on the phone at 800-276-6508, connect with us online through our live web chat, or send us an email.