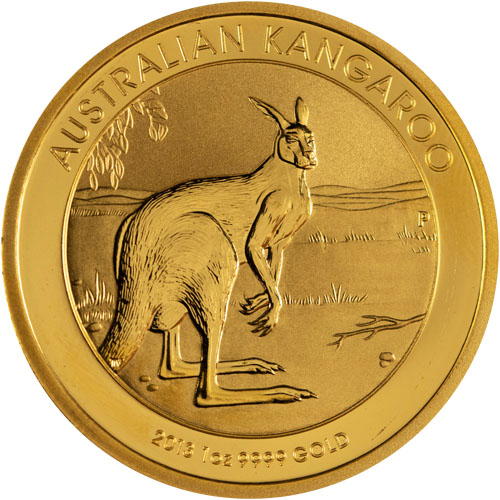 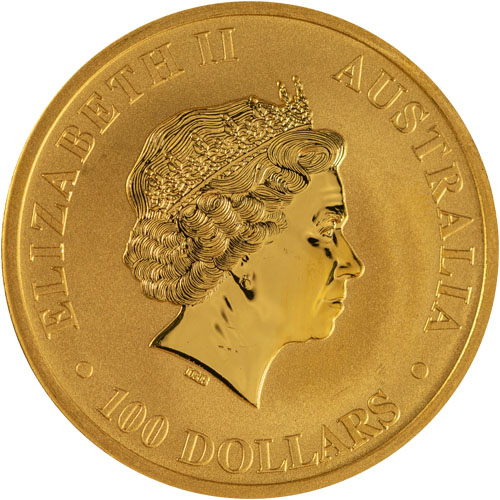 From 1986 when the first coins in this series left Perth Mint until 1989, the coins in this gold bullion series were known as the Australian Gold Nuggets. During these release years, the program featured different images of historical gold nuggets found in Australia on each weight in the series. As of 1990, the series is known as the Australian Gold Kangaroo.

All of the 2013 1 oz Australian Gold Kangaroo Coins available in this listing are available to you in protective plastic flips. This year featured its own, distinct image of a kangaroo on the reverse side, a feature that has remained consistent in the design concept of the series. The announced mintage in 2013 was 341,417 coins.

The Perth Mint typically caps the mintage of the individual weights in this series. In 2013, that cap for the 1 oz gold coin was 350,000 coins and the Australian Gold Kangaroo nearly hit that mark, selling 341,417 coins. This is the third-highest mintage in the history of this series behind more recently releases in 2020 and 2021.

On the obverse side of 2013 Australian Gold Kangaroo Coins, you will find a depiction of Queen Elizabeth II. Her Majesty is shown here in the popular right-profile relief created in 1998 by Ian Rank-Broadley. This portrait of the Queen shows her wearing the Girls of Great Britain and Ireland Tiara.

The reverse field of the 2013 1 oz Gold Kangaroo Coin comes with a vision of a kangaroo. The design chosen for 2013 depicts a kangaroo standing on its powerful hind legs in right-profile relief as it gazes out across the Outback.

JM Bullion customer service is available to assist you when you buy gold online. Our team can assist you at 800-276-6508, online using our live chat, and via our email address.