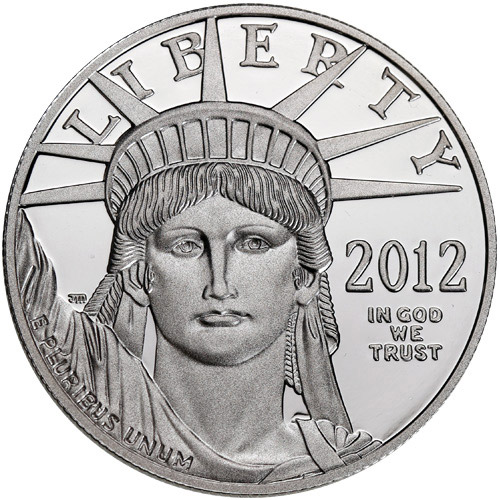 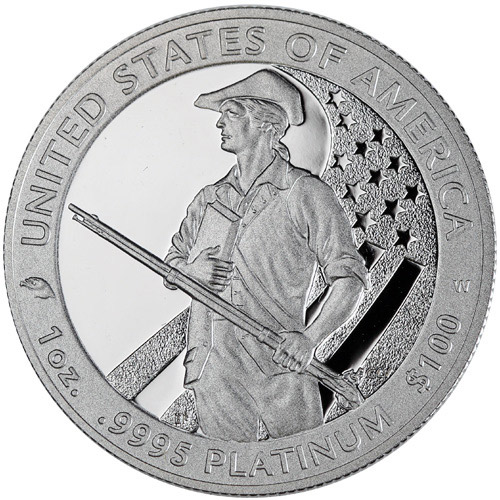 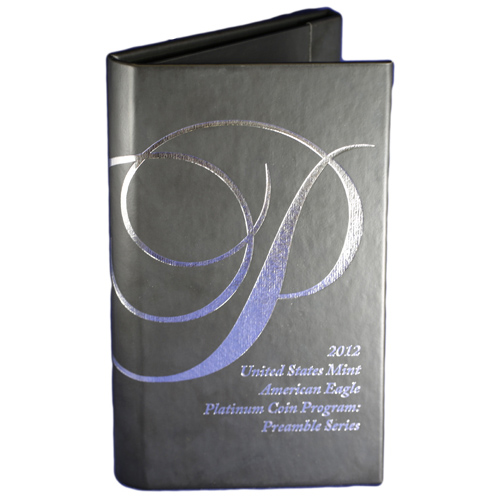 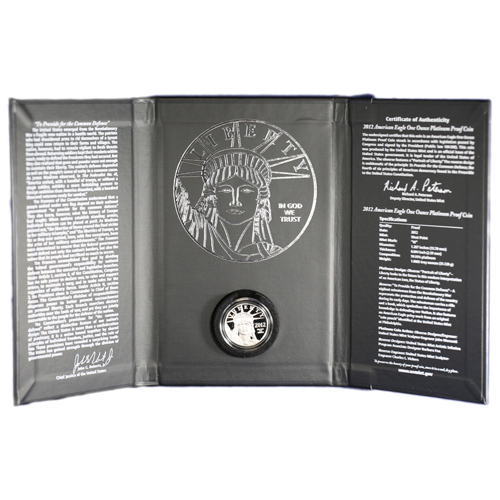 Proof American Platinum Eagle coins are unique as the only US Mint bullion coin series that includes a new design on any side with each new years release. The coin program has gone through numerous design theme collections since 1997, with the 2009 to 2013 coin releases exploring the core concepts of American democracy.

On the reverse of the 2012-W 1 oz Proof American Platinum Eagle Coin is the image of US militia member from the Continental Army of the Revolutionary War, who is highlighted by the background image of the American flag.

The obverse of all 2012-W 1 oz Proof American Platinum Eagle coins includes the image of Lady Liberty. Based upon the Statue of Liberty and featuring a close-up of her face, this design is on all proof and bullion Platinum Eagles each year, and was created in 1997 by John Mercanti, then the Chief Engraver of the United States Mint.

Each 2012-W 1 oz Proof American Platinum Eagle coin in this listing is available to you inside of its original US Mint display box, and includes a numbered Certificate of Authenticity. Like many proof coins from the US Mint, these coins are struck by the West Point Mint facility as indicated by the presence of the W mint mark.

Please feel free to contact JM Bullion with all of your questions. You can contact us on the phone at 800-276-6508, or reach out to us online through our live web chat and email options.