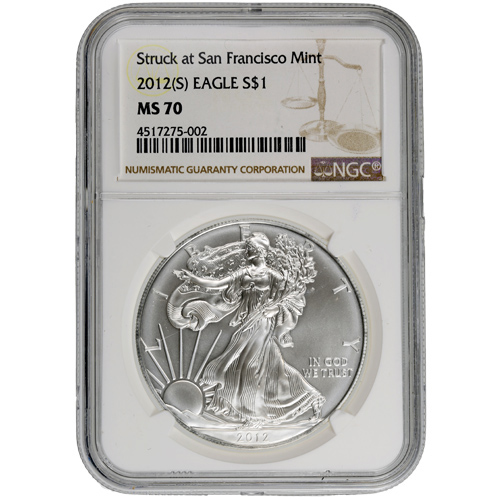 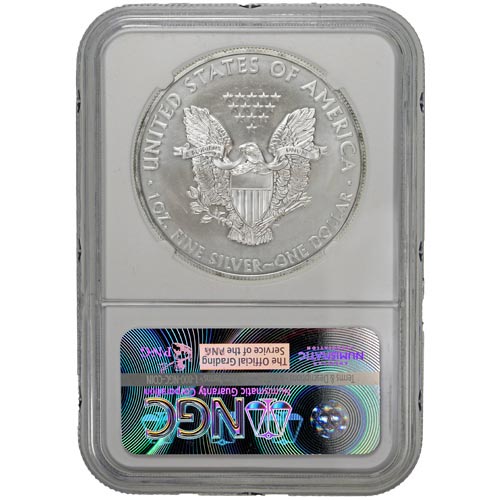 Each 2012-S American Silver Eagle Coin listed here today with JM Bullion is considered a perfect specimen by the NGC. Coins with a Mint State 70 grade exhibit full, original mint luster and ber no detracting flaws of any kind on the surface areas.

American Silver Eagle coins feature two of the most iconic images from American coinage history. The heraldic eagle of the United States has appeared on US coins from the US Mint since 1794, with various updates to the design over the course of more than 200 years.

The Walking Liberty design from Adolph A. Weinman is widely considered the second-best American coin design of all time. Created in 1916, it celebrated its 100th anniversary in 2016 with the release of a 24-karat commemorative Walking Liberty Half Dollar gold coin in 2016.

On the obverse of the 2012-S American Silver Eagle coin is the image of Walking Liberty as created by Adolph A. Weinman. The image originally featured on the nation’s 50-cent piece from its introduction in 1916 until 1947, when it was replaced by the Benjamin Franklin design.

If you have any questions, please don’t hesitate to contact JM Bullion. Our customer service team is available to you on the phone at 800-276-6508, online using our live web chat, and via our email address.