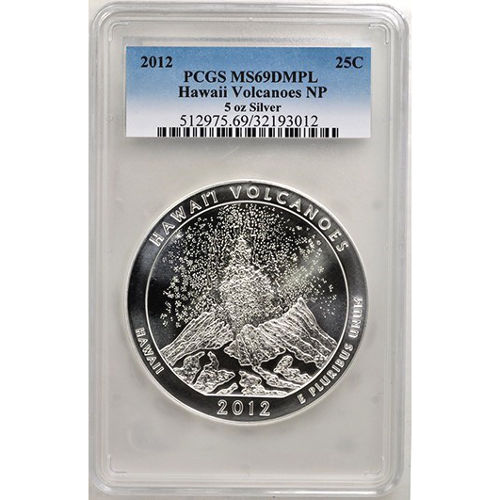 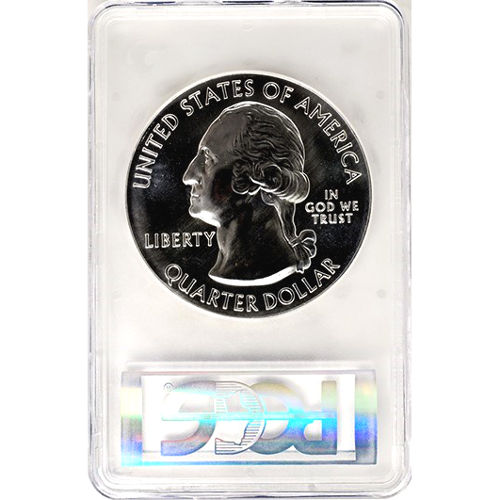 There is only one place to go in the United States if you want to see an active volcano erupt with regularity during your lifetime: Hawaii. Located on the big island of Hawaii, the Hawaii Volcanoes National Park is the inspiration behind the 2012 5 oz ATB Hawaii Volcanoes Silver coin, which is now available from JM Bullion.

On the island of Hawaii, Kilauea and Mauna Loa serve as the focal point of the Hawaii Volcanoes National Park. The former is one of the most active volcanoes in the world, with regular eruptions occurring. The latter is the largest subaerial volcano in the world. Inside the park, visitors can camp away from the volcanic flows and hike towards the peaks of these dangerous volcanoes.

America the Beautiful is a 56-coin series that was introduced in 2010. Each year, a new set of five coins will be introduced to represent monuments, moments, and places from across America. In the end, each state, territory, and the federal district of America will be represented by a coin.

The United States Mint produces these coins at its Philadelphia and San Francisco Mint facilities. Each coin is available in near-perfect condition, with no more than two blemishes visible on the surface. The deeply-mirrored, proof-like finish of the coin gives it the appearance of a proof coin even though it is a bullion version.

If you have questions for a JM Bullion associate, please feel free to contact us at 800-276-6508. Were also available online using our live web chat service and via email. If you are interested in related products, visit the America the Beautiful section of the JM Bullion website.