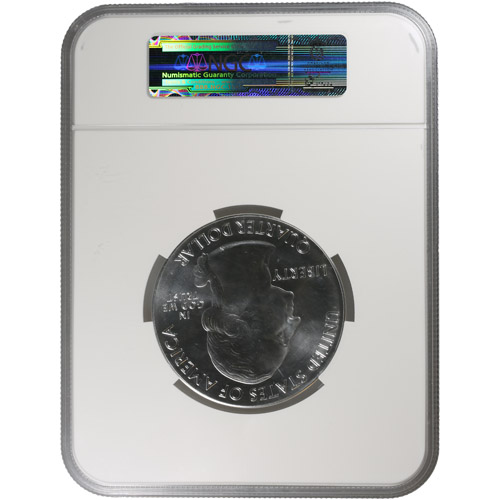 The final two states to join the Union in America were Alaska and Hawaii, but both featured early on in the America the Beautiful Series of silver coins from the United States Mint. issued in BU and Burnished versions, ATB coins honor various historical sites, national monuments, and protected natural resources from across the country. Today, 2012 5 oz ATB Hawaii Volcanoes Silver Coins in near-perfect condition are available to you online from JM Bullion.

The US state of Hawaii is the westernmost state in the United States and is out in the vast expanse of the Pacific Ocean. The state consists of eight main islands in an archipelago, as well as several smaller islands. The Big Island of Hawaii is made up of five major volcanoes, with Kilauea being the most active of the five.

All of these 2012 5 oz ATB Hawaii Volcanoes Silver Coins are in near-perfect condition according to the NGC. Mint State 69 coins have full, original mint luster and come with a maximum of two minor detractions. These flaws are limited in nature to minuscule contact marks or hairlines. Those flaws must be located outside of the primary focal fields of the coin. Early Release specimens are those coins the NGC received from the US Mint for certification within 30 days of release.

On the obverse of 2012 5 oz ATB Silver Coins is a portrait of President George Washington. The former Commander-in-Chief of the Continental Army and the first elected President of the United States, Washington served two terms as president before voluntarily stepping aside to let new leadership take the helm.

The reverse side of the 2012 5 oz ATB Hawaii Volcanoes Silver Coins comes with a depiction of Kilauea. An active shield volcano, Kilauea is shown mid-eruption in this design. The volcano is believed to be between 280,000 and 210,000 years old, having emerged from beneath the sea around 100,000 years ago to begin forming the Big Island of Hawaii.

Please contact JM Bullion customer service with any questions when buying silver. You can call us at 800-276-6508, chat with us live online, or simply send us an email with your inquiries.