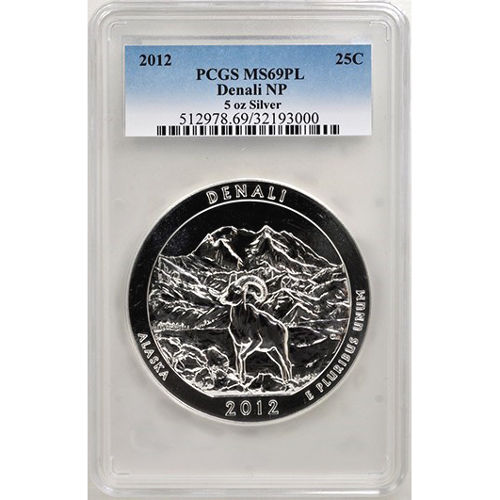 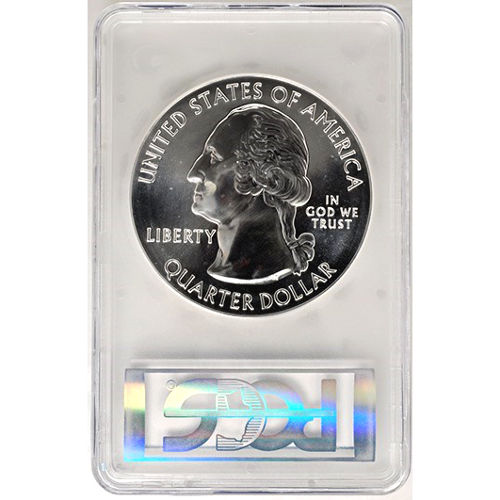 One of most majestic places in the United States is located in the state of Alaska. Mount McKinley, the heart of Denali National Park and Reserve, is the highest peak in America. The imposing figure of the mountain is featured on the 2012 5 oz ATB Denali Silver Coin, available right now from JM Bullion.

Located in the interior of Alaska, Mount McKinley is known by many locals as simply Denali. The highest peak in North America is the focal point of a national park and preserve that encompasses a massive 6 million acres of land. The park was officially established in 1917 by the federal government, and is governed today by the National Park Service.

The America the Beautiful coin series honors various places, monuments, and moments from American history. Each coin in the series features a reverse image representative of a US state, territory, or the federal district of Washington DC. Introduced in 2010, the series will run through 2021 and include a total of 56 coins.

On the reverse side of this coin is the image of a mountain goat, standing defiantly in front of the peak of Denali. Engravings include “Alaska,” “Denali,” and “E Pluribus Unum.” The obverse features the left-profile bust of President George Washington, designed in 1932 by John Flanagan and based upon a 1786 sculpture of America’s Founding Father.

The United States Mint produces these coins at its Philadelphia and San Francisco facilities. Each product in this listing has an MS69 grade from the PCGS, indicating its full, original luster is still visible. A maximum of two flaws may be visible, but are only found outside the primary focal areas.

If you have questions for a JM Bullion associate, we welcome those inquiries at 800-276-6508. You can also connect with us online through our live web chat and email services. If you are looking for other coins in the series, visit the America the Beautiful page of the JM Bullion website.