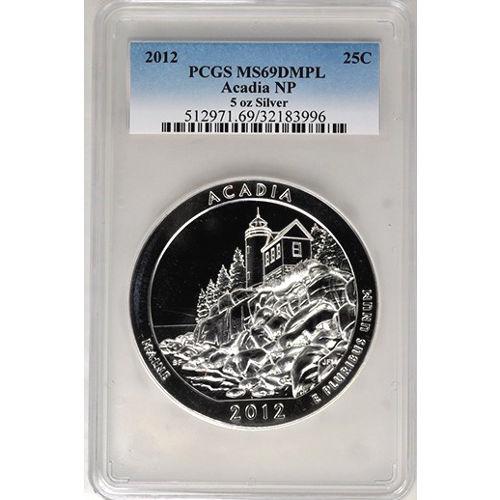 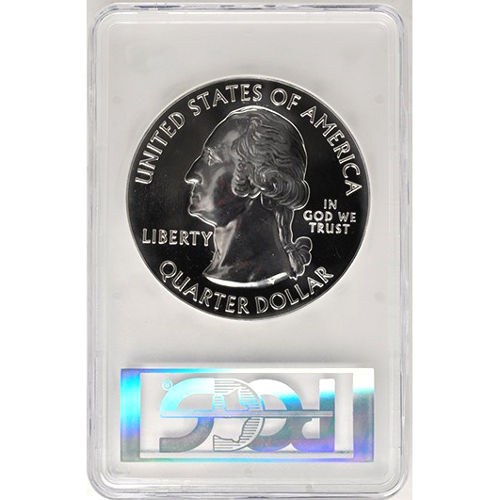 The US state of Maine is honored in the America the Beautiful coin series with the inclusion of Acadia National Park as its representative. Located on Mount Desert Island in the Atlantic Ocean, just off the coast, the park was first established in 1916. Now, the 2012 5 oz ATB Acadia Silver Coin is available from JM Bullion.

Acadia National Park covers 47,452 acres of land across much of Mount Desert Island and other smaller islands off Maine’s Atlantic Coast. The island was originally the home of the Wabanaki people, and was first explored by Europeans when Samuel de Champlain observed the large inland island in the fall of 1604.

The America the Beautiful coin series was introduced in 2010 by the United States Mint in an effort to recognize and honor the monuments, moments, and places from American history that are significant in the country. In total, the series will consist of 56 coins, with five new coins released each year between 2010 and 2021.

On the reverse side of the coin is the image of a lighthouse along the rocky coast of Maine. Engravings on this side include “Maine,” “Acadia,” and “E Pluribus Unum,” as well as the year of minting for the coin. The obverse side features President George Washington’s left-profile bust, as well as the engravings “Liberty” and “In God We Trust.”

Each of the coins in this listing is available in MS69 grade. This indicates that each coin has its full, original luster, and bears no more than two contact marks, blemishes, or detracting flaws. Although these are bullion coins, they have a deeply-mirrored, proof like finish.

The United States Mint produces America the Beautiful coins at the Philadelphia Mint and Denver Mint. If you have questions for us, please contact a JM Bullion associate at 800-276-6508, chat with us online, or send us an email.