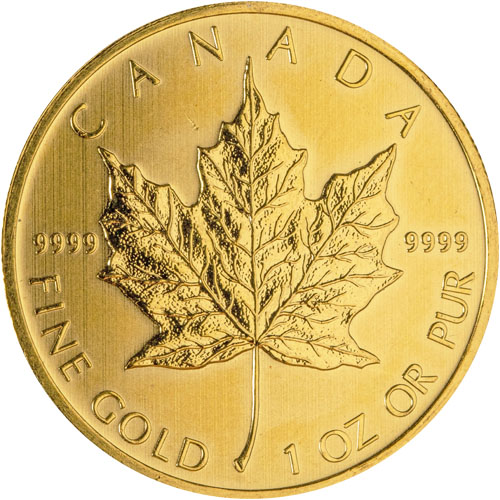 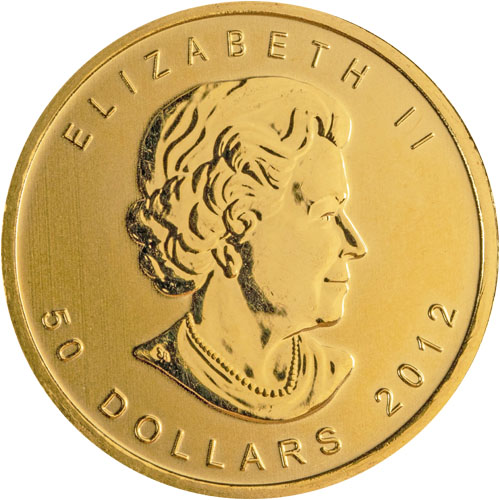 The release of the 2012 1 oz Canadian Gold Maple Leaf Coin came at a time when demand for precious metals was strong. The start of the Great Recession in 2008 revived interest in gold and silver among investors, and this renewed interest remained relatively high for much of the next decade. Today, 2012 1 oz Canadian Gold Maple Leaf Coins are available to you online at JM Bullion.

In 1979, the Royal Canadian Mint introduced its Canadian Maple Leaf bullion coin series. The collection started with just a 1 oz gold coin with .999 fineness. Over the course of more than four decades, the series has expanded to include five additional weights in gold, as well as silver, platinum, and palladium versions of the Canadian Maple Leaf. The 1 oz Canadian Gold Maple Leaf remains the staple of the series and is one of the world’s best-selling gold bullion collections.

On the obverse side of 2012 Canadian Gold Maple Leaf Coins, you will find an effigy of Queen Elizabeth II. This portrait of the Queen was developed in 2003 by Susanna Blunt and is the latest right-profile relief of the monarch to grace Canadian coins. The fourth effigy of the Queen overall on Canadian coins is just the second overall created by a Canadian artist.

The reverse face of 2012 1 oz Gold Maple Leaf Coins comes with the image of a sugar maple leaf. The most common maple species in North America, the sugar maple leaf has long been a symbol of Canada. Used by some of the earliest villages and territories established in what is now Canada, and currently featured on the Canadian national flag, the sugar maple leaf is a common symbol of the nation. It was designed for this coin series in 1979 by Walter Ott.

Please feel free to reach out to JM Bullion if you have any questions. Our team can assist you at 800-276-6508, online using our live chat, and via our email address.