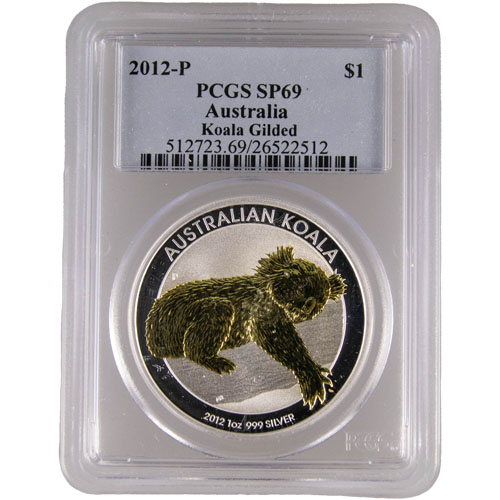 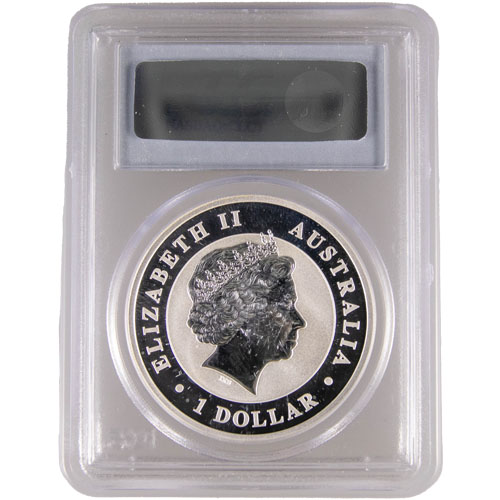 Australia’s Perth Mint has an outstanding reputation in the bullion world, especially for its exclusive releases and special designs. The Australian Silver Koala Coin series is one of the best releases from the Perth Mint, as it honors wildlife native to the Australian continent. Each year, a new koala design has been featured in this series, with 2012 marking the collection’s 5th year of release. Today, the 2012 1 oz Australian Silver Koala Coin PCGS SP69 Gilded can be purchased online from JM Bullion.

The 2012 1 oz Australian Silver Koala Coin PCGS SP69 Gilded has been struck in 99.9% fine silver and is considered a full legal tender of Australia. The gilded quality of the 2012 coin indicates that certain elements of the coin’s design are layered with 24-karat gold, making these release truly unique. This coin has received a grading from the PCGS of SP69, meaning that it’s considered a near-perfect specimen. The coin will have no more than two flaws, which are typically minuscule hairline or contact marks. These flaws are always outside the coin’s central focal point.

The Australian Silver Koala Coin collection was first released in 2007. Since then, this series has featured fresh designs each year to honor one of Australia’s most popular animals, the koala. The gilded feature on these coins is seen in the gold layering on the koala itself.

On the obverse of the 2012 1 oz Australian Silver Koala Coin PCGS SP69 Gilded is the portrait of Queen Elizabeth II designed by Ian Rank-Broadley. In the portrait, the queen is seen wearing her magnificent crown. Her name, as well as the country of origin and the coin’s value, are also seen on the obverse.

The reverse of the 2012 1 oz Australian Silver Koala Coin PCGS SP69 Gilded shows the new koala design for 2012. In this image, the koala is seen laying on its stomach and holding onto the tree branch below it. The design features an immense amount of detail, with the viewer able to clearly see how furry the koala is. The coin’s weight and purity are also on the reverse, as well as the inscription “AUSTRALIAN KOALA”.

If you have any questions when you buy silver online, JM Bullion is here to help. Please contact us via email, online live chat, or by phone at 800-276-6508.