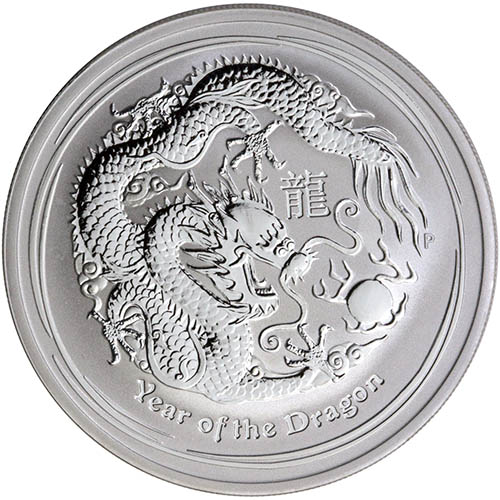 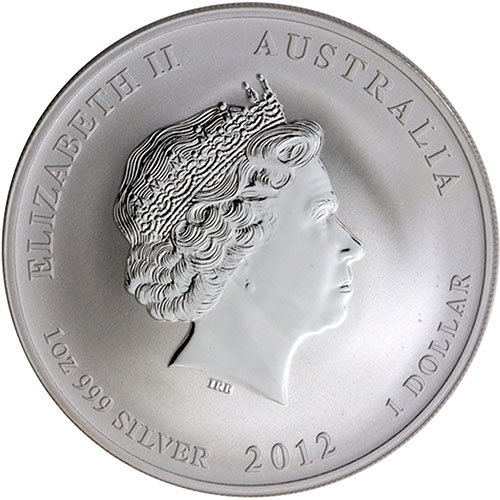 The dragon is the most sacred animal in Chinese mythology and lore, and it is the only creature you’ll find in the Chinese Lunar Calendar which comes from mythology and is not a real beast. The 2012 Australian year of the Dragon coin was a popular release with a limited mintage figure. Right now, 2012 1 oz Australian Year of the Dragon Series coins are available to purchase online from JM Bullion.

Each of these 2012 1 oz Australian Year of the Dragon Series 2 silver coins available here comes inside of protective plastic packaging to ensure the condition of the coins. The Perth Mint issued these coins with its traditional “P” mint mark on the reverse side of the coin near the dragon’s tail.

The dragon is associated with wisdom, power, and mythical abilities in Chinese culture. Many of the ancient Emperors of China would adopt the dragon as a personal symbol for their reign, signifying their power and military prowess. Modern Chinese citizens often associate themselves with the dragon as a sign of good luck.

On the reverse of the 2012 1 oz Australian Year of the Dragon Series 2 coin is the image of a serpent-like dragon. The mythical beast snakes its way around the design field on the reverse side of the coin as it pursues a flaming pearl. The flaming pearl is often renowned as a symbol of infinite wisdom.

The obverse side of the Australian Year of the Dragon Series 2 coin features the effigy of Queen Elizabeth II. Her Majesty is depicted here in right-profile relief with a delicate crown on her head. This is the fourth-generation design of Queen Elizabeth II to feature on British and Australian coinage, and was created in 1998 by Ian Rank-Broadley.

The Perth Mint is a state-owned entity of Western Australia. Once a Royal Mint of England facility on the continent, it was opened in 1899. Today, the Currency Act of 1965 offers legal tender status to all Perth Mint coinage.

If you have any questions, please don’t hesitate to ask. JM Bullion customer service is available to you at 800-276-6508, online using our live chat, and via our email address. If you’re interested in silver prices, you can follow the changes using our silver price charts!