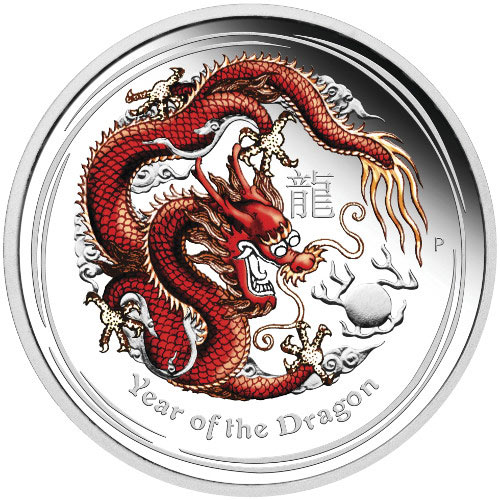 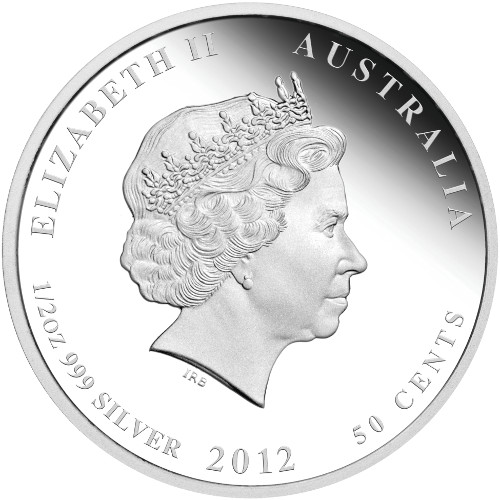 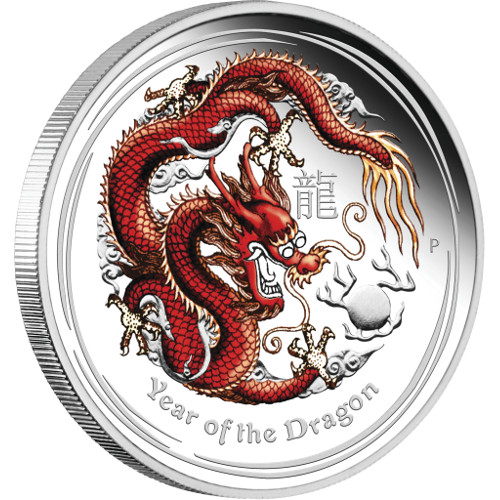 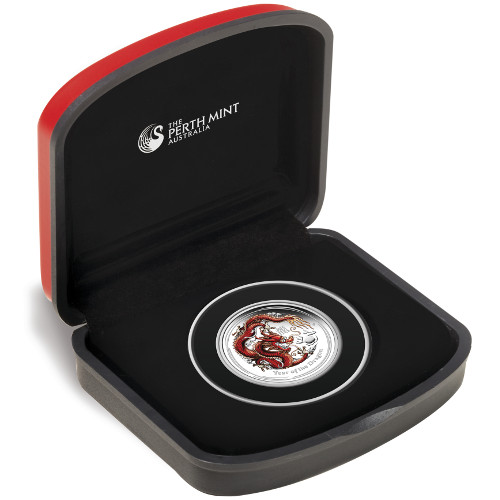 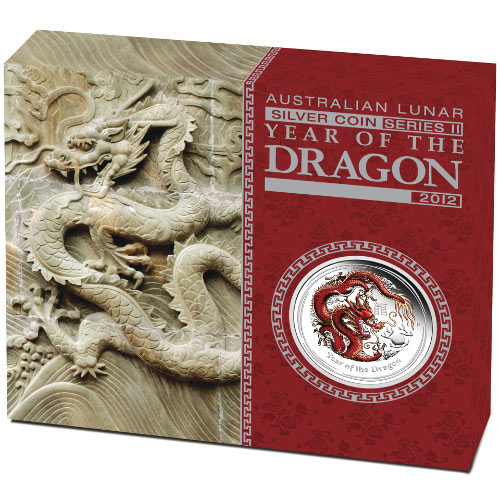 Few coin programs can claim the popularity of the Lunar Series II collection from the Perth Mint. Available since 2008, these coins only grow in diversity with each passing year as the mint envisions new ways to deliver its stunning designs to both investors and collectors. The 2012 oz Proof Colorized Australian Dragon Silver Coin is available today from JM Bullion.

Lunar-themed coins originated from the Perth Mint starting in 1996 with the release of the Year of the Mouse (Rat) coin that year. The 12-year cycle of the Chinese Lunar Calendar and the animals of the Zodiac was followed closely by the Perth Mint, with a new design each year honoring the representative animal on the Zodiac.

The Year of the Dragon came around again in 2012, and this time the Perth Mint released a brilliant design in celebration as part of its Lunar Series II program. The second lunar-themed program from the mint is scheduled to run through 2019.

On the reverse of each 2012 oz Proof Australian Dragon Silver Coin is the image of a slithering, twisting dragon. The body of the dragon is finished with red scales, black outlines, and a few hints of yellow strewn in throughout its body. Engravings include the Chinese symbol for dragon and the name of issue on these coins.

The obverse of all Lunar Series II coins features the effigy of Queen Elizabeth II. This particular design has been in use since 1998 when it was created by Ian Rank-Broadley. It is the fourth-generation image of the Queen in use on British and commonwealth coinage since 1952.

Each one of these oz Proof Australian Dragon Silver Coins arrives in a Perth Mint, commemorative box. This both protects your coin from potential damage and gives it a beautiful display home so everyone can see the newest member of your collection.

The Perth Mint is a world renowned facility located in the city of Perth, Western Australia. Originally opened as a Royal Mint system facility, it is now the oldest operating facility in the country and is owned by the state government in Western Australia. It operates independently of the Royal Australian Mint.

We encourage JM Bullion shoppers to reach out to us with questions. You can contact our customer service team at 800-276-6508, connect with us online using our live chat, or email us directly.