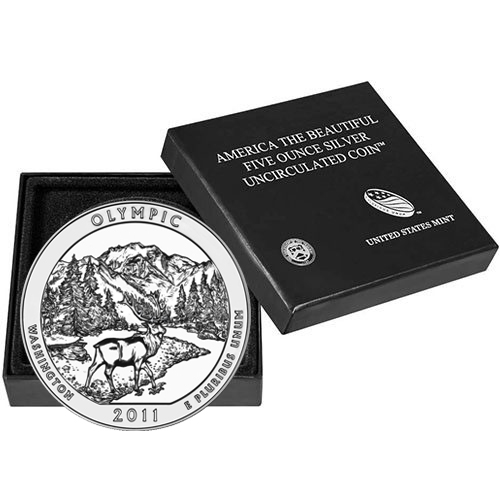 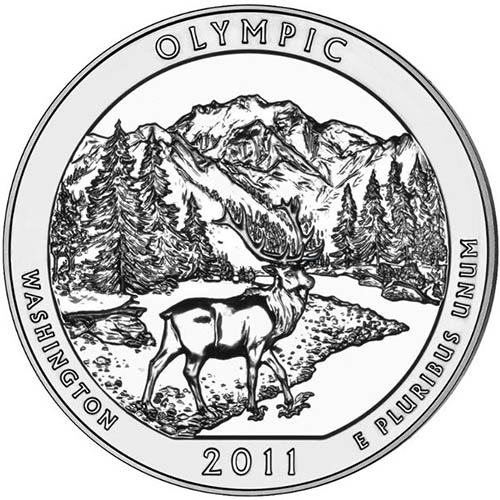 In the America the Beautiful Series of coins from the United States Mint, the greatest vistas and historical parks of the United States are on display for investors and collectors on 5 Troy oz coins. The ATB Series features five different designs per year with a total of 56 coins planned for release through 2021. The 2011-P 5 oz Burnished ATB Olympic Silver Coin is currently available to purchase online from JM Bullion.

The America the Beautiful Series is designed to represent all US states, territories, and the federal district of Washington DC. The territories of the US featured in the series include the US Virgin Islands, Puerto Rico, Northern Marianas, Guam, and American Samoa. The plan is for the series to run through 2021, but the Treasury Department has the authority to extend the collection to 2033.

Burnished ATB Silver Coins feature a vapor-blasted finish that gives the coins a frosted, matte appearance of sorts that lacks the shiny finish of the bullion versions of the coin. Additionally, the burnished coins have a mint mark stamped on them while the bullion coins do not have a mint mark.

On the obverse of 2011-P 5 oz Burnished ATB Olympic Silver Coins is a left-profile portrait of President George Washington. This bust of Washington was created in 1932 based upon a 1786 sculpting of the nations first president. The design has featured on the US quarter since 1932, making it the longest-running coin design in US history.

The reverse face of 2011 Burnished ATB Olympic Silver Coins features the image of a Roosevelt elk standing at the edge of a river with the looming specter of Mount Olympus on the horizon in the distance. Mount Olympus is the tallest and most prominent of the mountains in the Olympic Mountains in Washington and is at the heart of the Olympic National Park established in March 1909 by President Theodore Roosevelt.

These 2011-P 5 oz Burnished ATB Olympic Silver Coins are available to you in a US Mint display box with a Certificate of Authenticity included with the purchase.

We encourage JM Bullion customers to contact us with questions about buying silver at 800-276-6508. You can also connect with us live online using our chat service or simply send us an email.