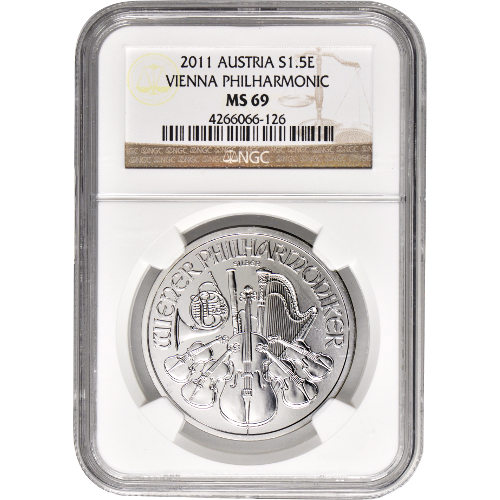 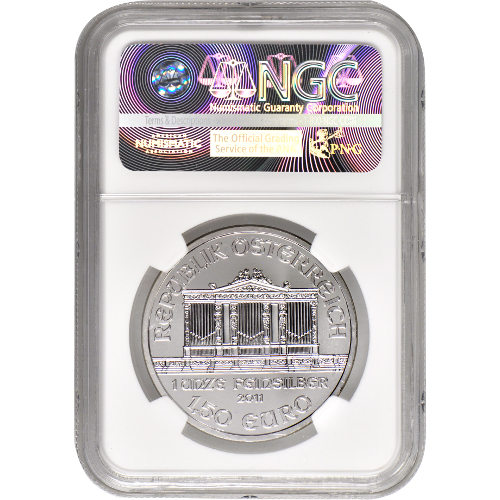 Austrias Vienna Philharmonic Orchestra conducted its first performance in 1842 in the borough of Innere Stadt in the national capital of Vienna. Since then, the orchestra has come to provide a source of inspiration and pride for the people of Austria, entertaining millions and showcasing Austrian culture on a global stage. Now, the orchestra is represented on the nations sovereign silver coin. The 2011 Austrian Silver Philharmonic Coin is currently available through JM Bullion.

Each of these 2011 Austrian Silver Philharmonic coins is available to you in Mint State 69 grade. Coins in this condition have their full, original luster, with no more than two minor detracting flaws or small hairlines visible on the surface.

On the obverse side of each coin is the image of the pipe organ from inside the Golden Hall in Innere Stadt. Engravings on this side are written in German, and read Republic of Austria and 1 Ounce Fine Silver.

Thomas Pessendorfer designed the images used on these coins from the Austrian Mint. Though his images were originally intended for the gold coin, they have found a home on the silver bullion coin as well.

If you have questions for a JM Bullion associate, please feel free to call us at 800-276-6508, chat with us online via our website, or send us an email. If you are looking for similar products, be sure to check out our entire selection of Austrian Silver Philharmonic Coins.