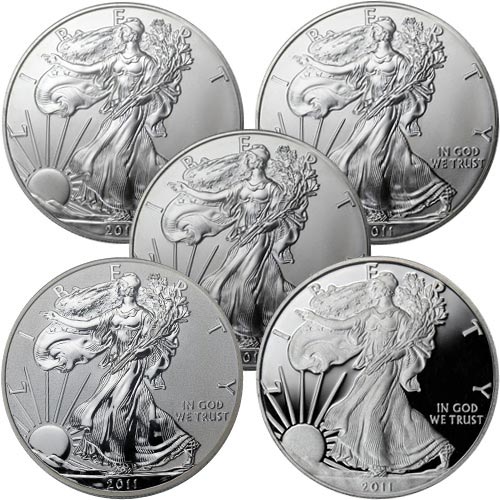 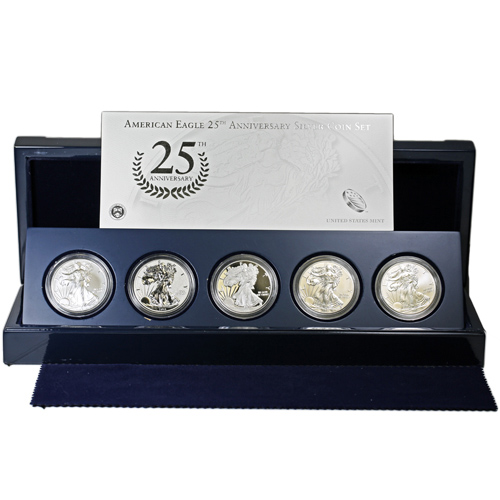 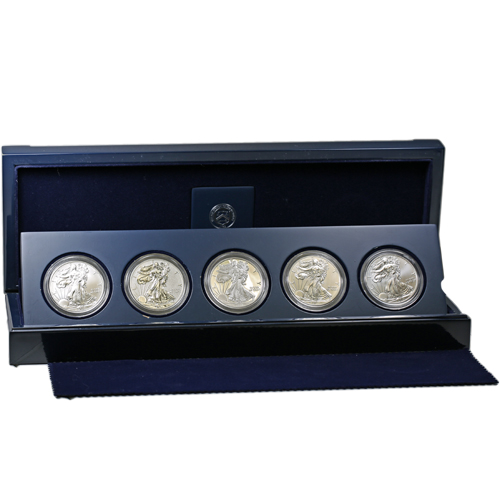 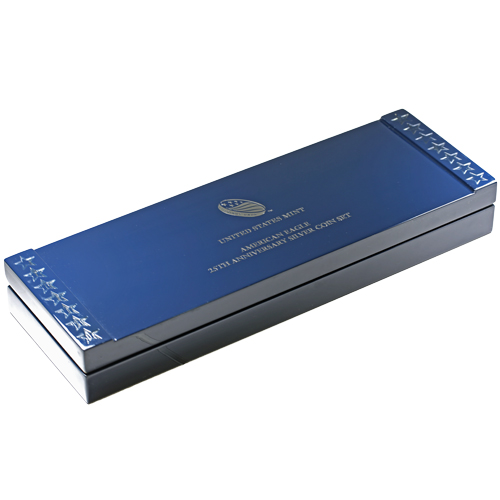 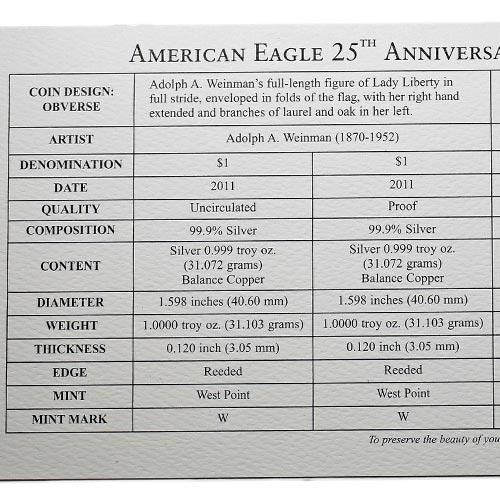 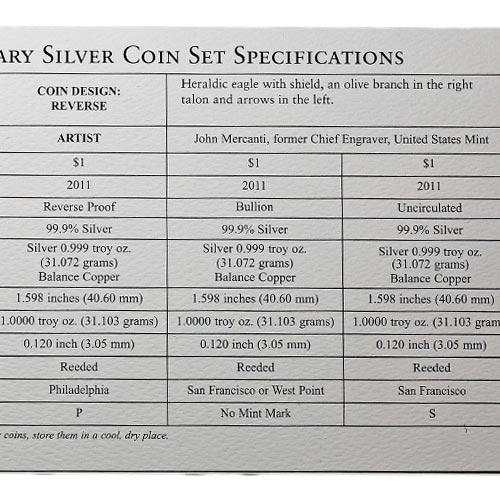 For the 25th anniversary celebration, the United States Mint included two special strikings of the Silver Eagle coin in this 5-coin collection. The set included a second uncirculated version of the coin produced by the San Francisco Mint, and featured an S mint mark. The fifth coin was a special reverse proof Silver Eagle produced by the Philadelphia Mint that bore the P mint mark.

Reverse proof American Silver Eagle coins feature a brilliant, unique finish that includes a deeply-mirrored, clear finish to the design features of the coin. Alternatively, the background field of the coin bears a strong, frosted finish for maximum contrast between the design and background.

On the obverse of each 2011 1 oz American Silver Eagle Coin you’ll find the stunning Walking Liberty design. This image was created by Adolph A. Weinman in 1916 for use on the Walking Liberty Half Dollar, a coin that was in circulation in the US from 1916 to 1947. This is considered one of the most beloved design ever used on American coinage.

Please feel free to contact JM Bullion with questions at 800-276-6508. You can also connect with us online through our live chat and email features. You can also use our website to view the latest price of silver.