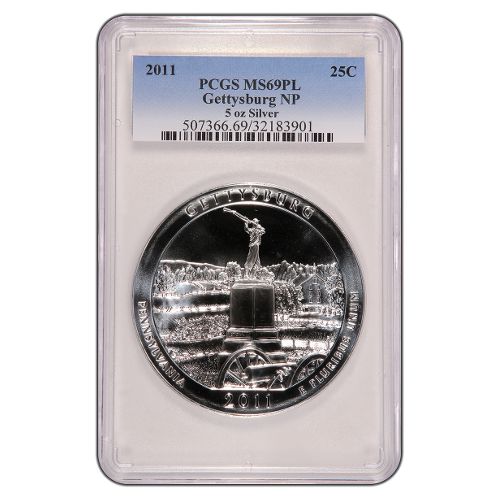 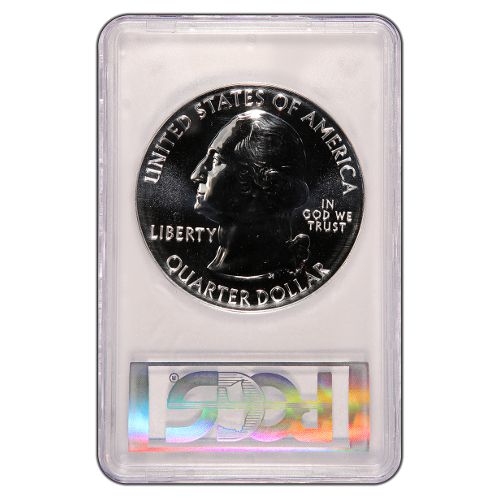 The fields of Gettysburg, Pennsylvania saw the most brutal military combat ever to occur on American soil. As brother fought brother in the American Civil War, Gettysburg was the site of a 3-day battle that immediately earned the site protective status from the federal government. The 2011 5 oz ATB Gettysburg Silver Coin is now available from JM Bullion.

During the 3-day Battle of Gettysburg in Pennsylvania, a grand total of 46,286 Americans were killed, wounded, or listed as captured/missing. The Union suffered 3,155 deaths during the battle, while the Confederacy lost 4,708 soldiers to death. Fought in 1863, President Abraham Lincoln later gave his famous Gettysburg Address here just five months after the battle.

America the Beautiful is a coin series dedicated to the places, monuments, and moments in American history that were significant in the nations formation and growth. A total of 56 coins will be struck before the series comes to a conclusion in 2021, with each representing a different US state or territory, as well as the District of Columbia.

On the reverse side of the coin is the image of a solitary statue that stands on the fields of Gettysburg, with a local farmhouse and the rolling hills of Pennsylvania visible in the background. The obverse features the common imagery found on the US quarter.

Each of the coins available in this product listing feature a near-perfect grade, as issued by the PCGS. An MS69 grade means a coin has its full, original luster, and no more than two blemishes, contact marks, or detracting flaws. The proof-like finish on this coin gives it the appearance of a proof coin, even though it is a bullion version.

If you have a question for a JM Bullion associate, there are three ways to contact one of our team members. Were available on the phone at 800-276-6508, online through our live web chat, and via email. If you are looking for similar products, check out the America the Beautiful coins page of the JM Bullion website.