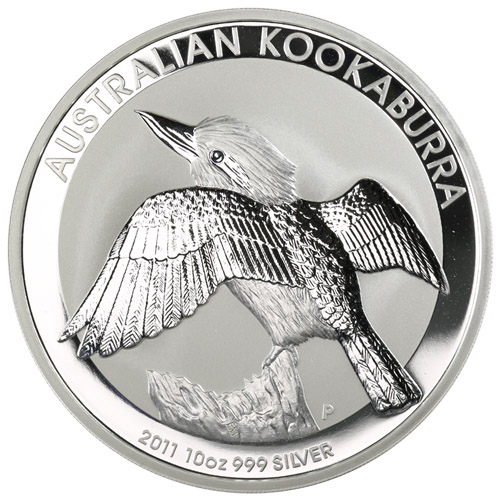 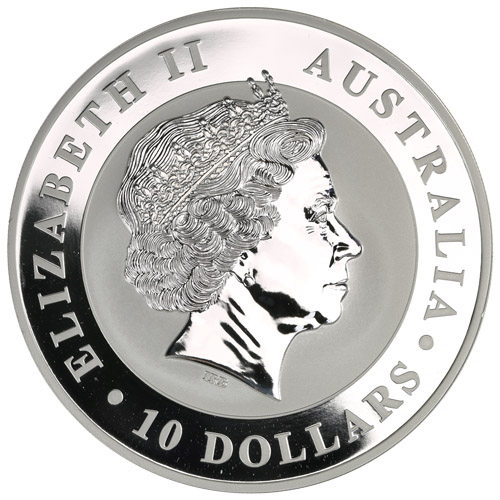 The Silver Kookaburra coin was introduced in 1990 as the first major silver bullion coin at the mint alongside the adjusted Gold Kangaroo bullion coin. Both have been available in every year since that time, making them the most prominent and coveted coins from the Perth Mint.

All of the 2011 10 oz Australian Silver Kookaburra Coins in this listing comes with a protective plastic capsule. The coins were issued in 2011 with a mint to order approach. Referred to as unlimited mintages as well, the Perth Mint strikes coins under this order through the end of the calendar year marked on the coins face. As long as demand persists through that date, the Perth Mint strikes the coins.

The 2011 10 oz Silver Kookaburra Coin marked a brief uptick in demand for the coins. With 45,000 coins struck, the Perth Mint saw the highest demand for the 10 oz silver coin in its history in the series. On top of that, the 10 oz coin has not seen a mintage anywhere near that level in the years since 2011.

On the reverse of 2011 10 oz Australian Silver Kookaburra Coins is the image of a single kookaburra. This iconic bird of the Outback is depicted with its wings spread wide as it prepares to lift off into flight from a tree branch. Engravings denote the coin series, year of issue, weight, purity, and metal content. There is also a P mint mark on the coin.