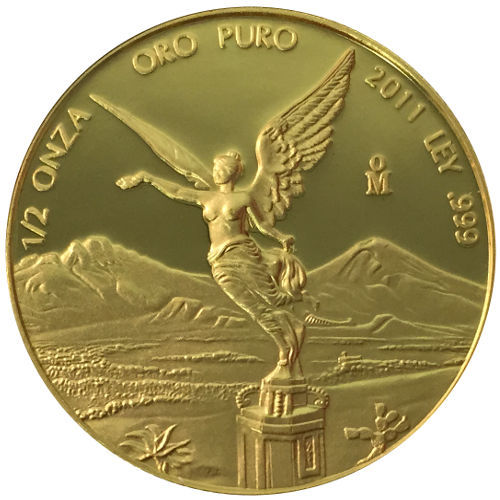 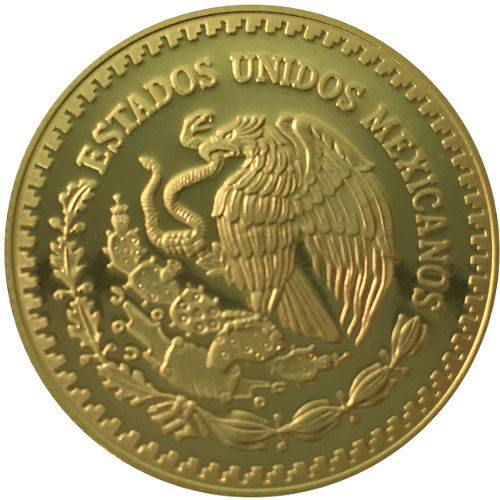 Mexico celebrated 100 years of independence starting in 1920 in a number of ways. A statue of the angel of independence, known as Winged Victory, was erected in Mexico City. Additionally, a new coin was produced by the Mexican Mint with images, including Winged Victory, to mark the centennial of the nations freedom from Spanish rule.

On the obverse side of each 2011 oz Proof Mexican Gold Libertad coin is the image of Winged Victory. An exact replica of the statue in Mexico City, her likeness is surrounded by the Mexican Mints mint mark (OM), and the face value, metal content, year of minting, weight, and purity of the coin.

The reverse side of the oz coin features the coat of arms for Mexico. The bald eagle in the seal is depicted as it battles a serpent, with a wreath below and the words Estados Unidos Mexicanos above.

The Mexican Mint produces the Proof Mexican Gold Libertad using special planchets and a multi-strike coining process that creates a deeply-mirrored background on the coins. Established in 1535, the Mexican Mint is among the worlds oldest operating facilities.

If you have questions for a JM Bullion associate, there are many ways for you to reach out to us. Were available on the phone at 800-276-6508, online through our live web chat, and via email. If you are looking for similar coins, be sure to view our collection of World Gold Coins.