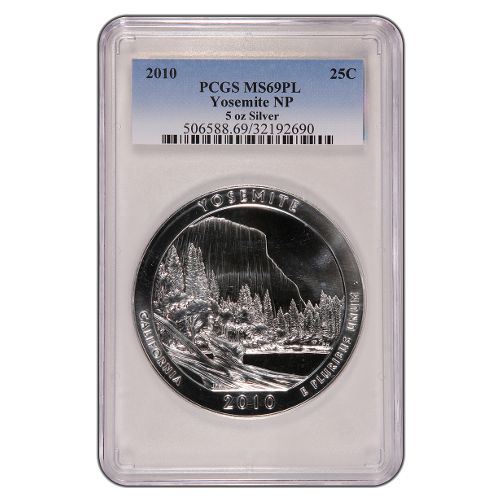 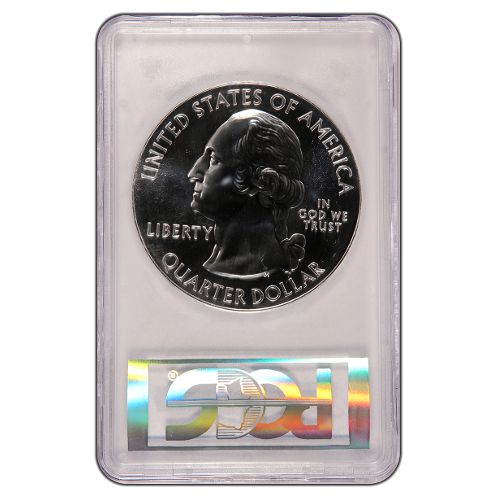 The American West is home to some of the nations greatest national parks. Among the largest and most popular national parks in the country is Yosemite National Park. The region is featured on the reverse side of the 2010 5 oz ATB Yosemite Silver Coin, now available from JM Bullion.

America the Beautiful coins celebrate important places, moments, and people from American history. With five coins released each year, the series will run through 2021 and is set to represent all corners of the country. Included in the series will be a new design for each of the 50 states, plus the District of Columbia and each of the nations five territories.

Each coin in this product listing has a near-perfect Mint State 69 grade from the PCGS. In this condition, coins still have their full, original luster. There are no more than two detracting flaws, contact marks, or blemishes on the coins surface, none of which are visible within the primary focal areas of the coin. Although these are bullion coins, the PCGS adjudged them to have a proof-like finish.

On the reverse side of the coin is the image of a tower cliff face in Yosemite National Park, California. A small lake is visible in the middle ground, with massive pines surrounding the lake. Engravings include California, Yosemite, and E Pluribus Unum.

The obverse side of the coin features President George Washingtons left-profile bust. The image was designed by John Flanagan in 1932 and based upon a 1786 bust created by William Cousins. The Yosemite Coin in the ATB series was the third coin released in total, and third in 2010.

The United States Mint struck a total of 33,000 of these coins in 2010, with just a few thousand available in this spectacular condition. If you have questions for a JM Bullion associate, we encourage you to reach out to us. Team members are available at 800-276-6508, online using our chat service, and via email. If you are interested in similar coins, be sure to visit the America the Beautiful Coins page of the JM Bullion website.