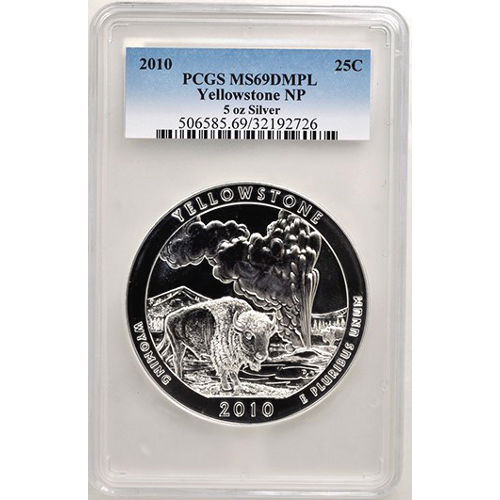 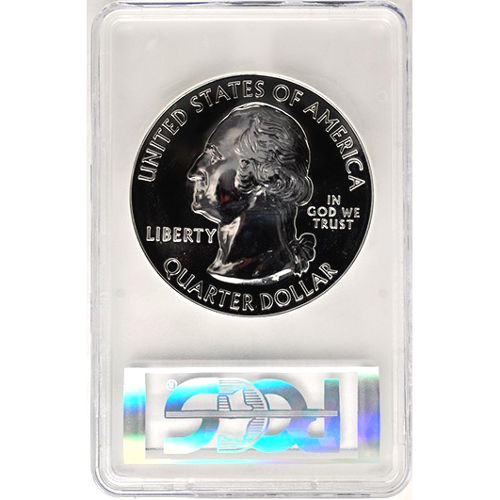 Yellowstone National Park in Wyoming is one of, if not the most popular tourist destinations in the United States. The region has hosted human life dating back 11,000 years to a time when the first Native American tribes settled in the area. The beauty and splendor of the park is captured perfectly on the 2010 5 oz ATB Yellowstone Silver Coin, now available from JM Bullion.

Encompassing portions of Wyoming, Idaho, and Montana, Yellowstone National Park was established as a protected region by an Act of Congress which was signed into law by President Ulysses S. Grant in March, 1872. The area is widely regarded as the first national park in the world, and the greater ecosystem contained within the park is believed to be the largest remaining one nearly intact in the northern temperate zone of Earth.

Each coin available in this product listing is in near-perfect condition. The coins still have their full, original luster, but may contain upwards of two minor flaw, detracting marks, or blemishes. Though not a proof coin, the finish on these coins is classified as DM, meaning it appears deeply mirrored.

If you have questions about these coins for a JM Bullion associate, you can reach our team members at 800-276-6508. Were also available online through our live chat and email services.