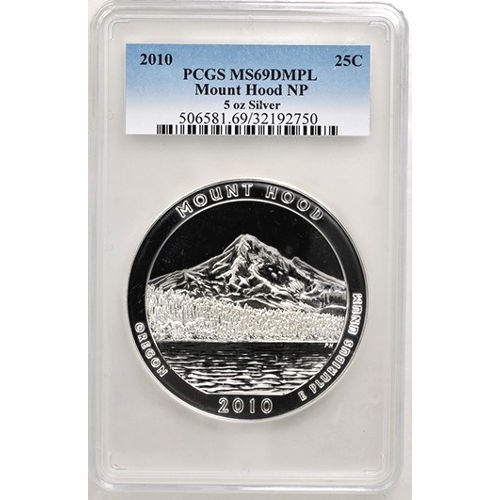 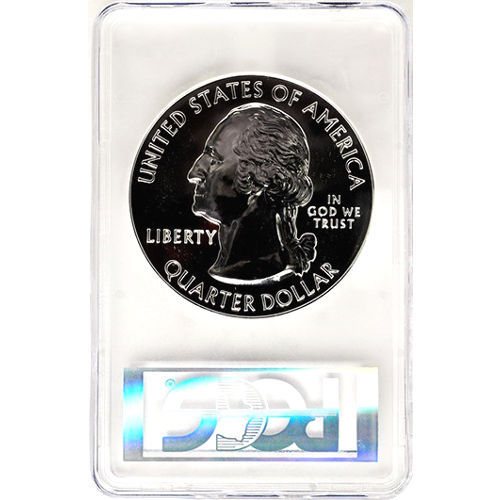 The final coin in the introductory year of the America the Beautiful series was the Mount Hood Silver coin. Covering 1.07 million acres in Oregon, Mount Hood National Forest is one of the nations most visited natural destinations. The region is honored on the 2010 5 oz ATB Mount Hood Silver Coin, now available through JM Bullion.

As part of the America the Beautiful coin series, the 2010 ATB Mount Hood Silver Coin was the fifth and final coin introduced in the first year of production. Each year through 2021, the US Mint will release five new coins featuring imagery honoring each of the 50 states, the federal district, and the nations overseas territories. A total of 56 coins are planned.

On the reverse side of the coin is the image of a tree-lined lake in the foreground, with the intimidating figure of Mount Hood rising to meet the sky in the background. Engravings include Oregon, Mount Hood, and E Pluribus Unum.

The obverse side bears the left-profile bust of President George Washington, as featured on the circulation quarter. The Presidents image was designed in 1932 by John Flanagan, and based upon an original 1786 bust created by William Cousins.

Each coin available in this product listing was struck by the United States Mint, and has been graded MS69 by the PCGS. These coins still have their full, original luster, but may feature as many as two blemishes or flaws outside the primary focal areas.