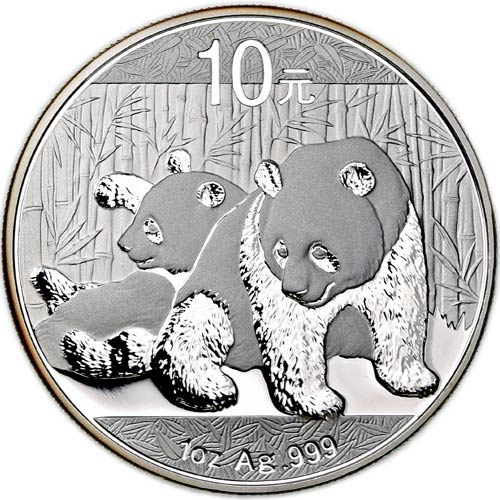 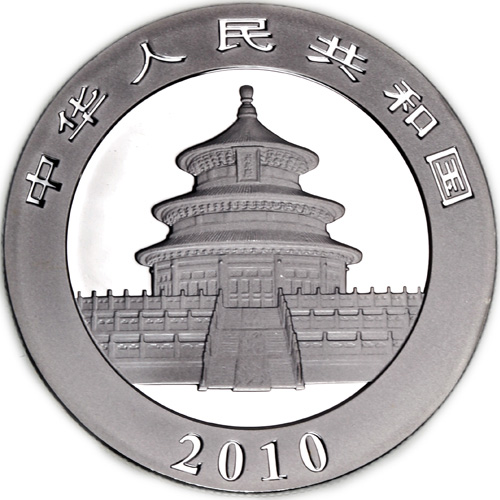 One of the most coveted silver bullion releases of the year is the Chinese Silver Panda. While many other popular silver bullion coins use the same obverse and reverse designs every year, the Chinese Mint was the first to introduce a bullion coin program with at least one rotating annual design. The 2010 1 oz Chinese Silver Panda Coin is available from JM Bullion with a BU grade.

The Chinese Silver Panda has been a unique product since it was first introduced. As competing coins such as the American Silver Eagle and Canadian Silver Maple Leaf use the same designs year in and year out, the Chinese Mint took a different approach.

On the obverse side of the 2010 1 oz Chinese Silver Panda Coin is a unique design found only on these year of issue coins. The Chinese Mint adopts a new design each year, though the motif is continually focused on presenting the Giant Panda in its natural habitat in the mountainous regions of south-central China.

The obverse of the 2010 1 oz Chinese Silver Panda coin features the image of two playful pandas, one playing on its back while the other one sits and looks on at its playful companion. Engravings include the usual face value stamping and the weight, metal content, and purity of the coins.

These 2010 1 oz Chinese Silver Panda coins are available as Brilliant Uncirculated specimens. BU coins exhibit no signs of wear and tear, though you may find minor flaws ranging from breaks in the luster and spotted surfaces to contact marks from the coining process.

The Chinese Mint is the official sovereign mint of the People’s Republic of China. Mint operations are overseen by the People’s Bank of China, and the total system includes mints spread throughout the country.

If you have questions, please feel free to contact JM Bullion at 800-276-6508, or each out to us online using our live chat and email features.