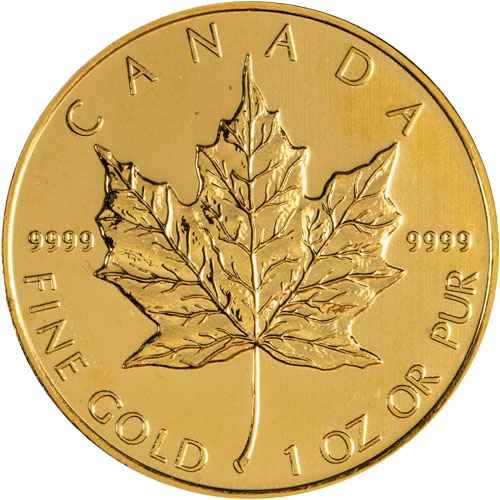 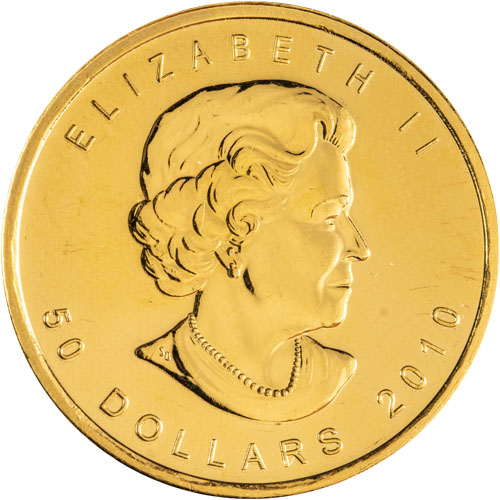 In 1979, the South African Gold Krugerrand was the only gold bullion coin available to private investors. The introduction of the Canadian Gold Maple Leaf that same year would jump-start a race to compete with, and potentially replace, the Gold Krugerrand as the dominant gold coin in the market.

By 1980, the Gold Krugerrand represented 90% of the gold bullion market. Between 1979, when the Gold Maple Leaf debuted, and 1989, the world would be introduced to the Chinese Gold Panda, American Gold Eagle, British Gold Britannia, and Austrian Gold Philharmonic, offering a bevy of alternatives to the Krugerrand as Western sanctions pinched the flow of Krugerrands to the world market.

Queen Elizabeth II is on the obverse of 2010 Canadian Gold Maple Leaf Coins. Her Majesty is shown here in right-profile relief. This design from Susanna Blunt is the fourth-generation effigy of the Queen for Canadian coins and the first one during her reign to lack a crown on the head of the monarch.

A sugar maple leaf is depicted in the reverse design of the 2010 Gold Maple Leaf Coin. Walter Ott created this image of the sugar maple leaf, the national emblem of Canada, for this series in 1979.

These 2010 1 oz Canadian Gold Maple Leaf Coins are available in protective plastic flips and had a final mintage of 1,036,832 coins in total. The 2010 coin marked the third year in a row of growing demand and was just the second date in the series to surpass 1 million coins since the 1986 date mark.