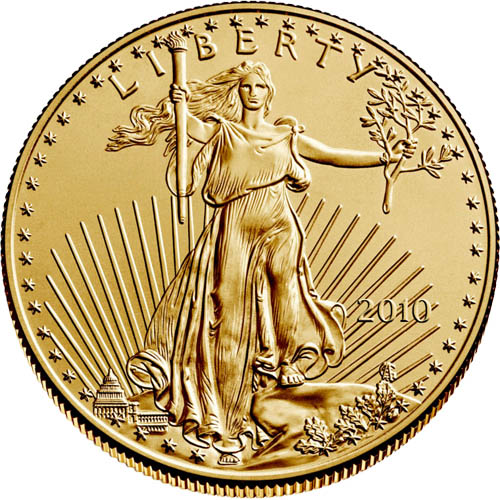 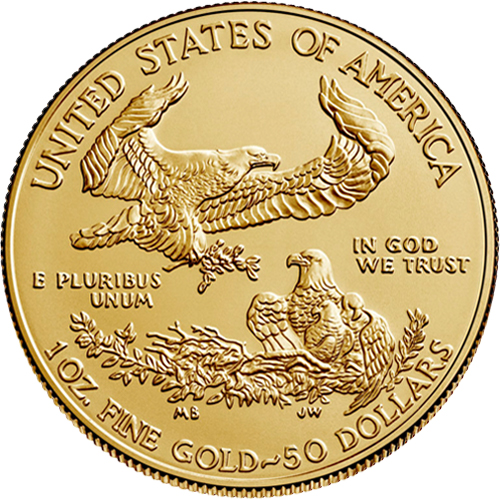 American Gold Eagle coins experienced some of their most intense demand in the program’s 30-year history during the depths of the Great Recession. The coins were popular at first in 1986, but the first decade was marked by sagging demand until the Y2K fury pushed people toward safe-haven metals. Today, the 2010 1 oz American Gold Eagle Coin is available from JM Bullion.

All 2010 1 oz American Gold Eagle coins in this listing are available in BU conditions. Coins in BU condition show no signs of wear and tear, though you may notice a range of minor flaws including breaks in the luster, spotted surfaces, and contact marks from the striking of blanks during the production process.

On the obverse of all American Gold Eagle coins is Augustus Saint-Gaudens’ iconic Liberty design. Originally intended for use on ultra-high-relief strikings, the US Mint only had the capacity to strike the coins on regular blanks and used his design on the $20 Gold Double Eagle through 1933.

The reverse of the 2010 1 oz American Gold Eagle coin includes the design of an American bald eagle family in its nest. This creation from Miley Busiek features a group of hatchlings in the nest under the watchful eye of a female eagle, with a male bald eagle depicted flying overhead.

American Gold Eagle coins are produced by the United States Mint, with the West Point Mint producing all of the coins in the modern era.

Please direct your questions regarding the American Gold Eagle to JM Bullion customer service. Our team is available on the phone at 800-276-6508, online using our live web chat, and via our email address.