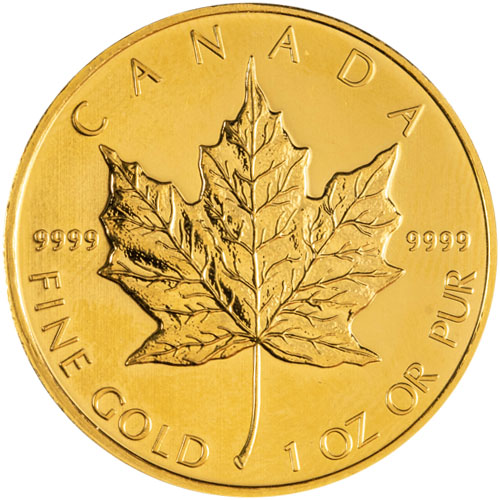 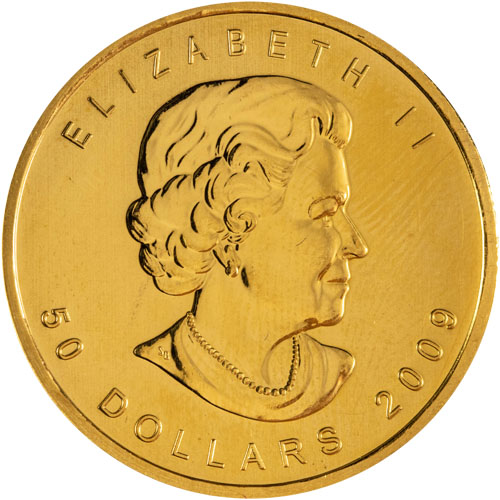 The reverse of the 2009 1 oz Gold Maple Leaf features the beloved sugar Maple Leaf design. Walter Ott created this design in 1979 for the Royal Canadian Mint, and it has remained basically unchanged, as the design for all versions of the Canadian Maple Leaf coins. The Maple Leaf is a symbol of pride and nationalism for Canadians.

The Royal Canadian Mint was originally founded in Ottawa in 1908 and is the official sovereign mint of Canada. It produces all of Canada’s circulation coins as well as manufactures the circulation coins of other nations. It is considered a Crown Corporation, meaning it is a government organization with a mix of commercial and public-policy responsibilities.

JM Bullion Customer Service is available to assist you with any questions you may have about gold coins for sale. We can be reached via phone at 800-276-6508, online using our live chat, or via email.