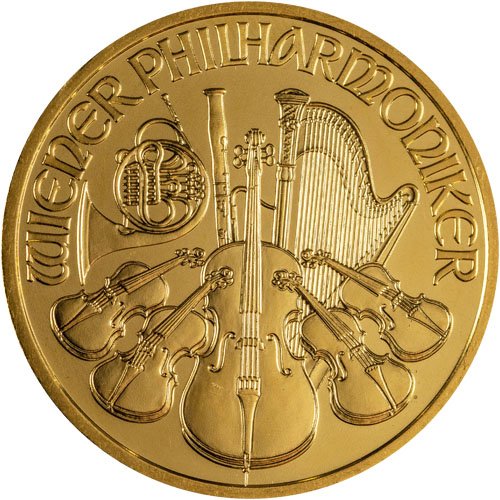 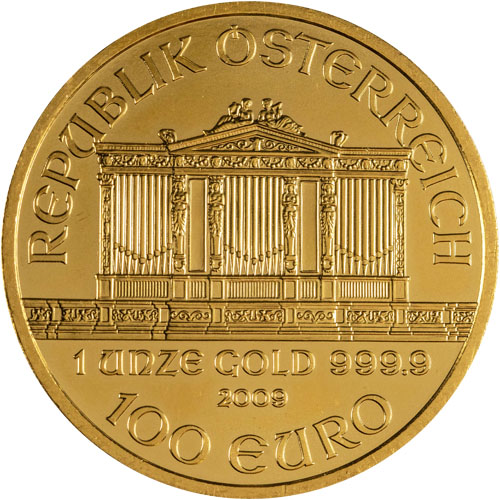 The Great Recession drove demand for gold and silver significantly higher at the end of the 2000s. Many gold bullion coin programs experienced a surge in demand during this period, with coins like the Austrian Gold Philharmonic setting a record mintage for its 1 oz gold option. Right now, 2009 1 oz Austrian Gold Philharmonic Coins are available to purchase online at JM Bullion.

Each of the 2009 1 oz Austrian Gold Philharmonic Coins available here comes with an individual protective flip. With a mintage of 903,047 gold coins, the 2009 Austrian Philharmonic is the highest-minted coin in the history of the series. This mintage record was driven by strong demand for gold during the Great Recession.

In the obverse design of the 2009 Austrian Gold Philharmonic, there is a depiction of the Great Organ, a large pipe organ found within the Musikverein. Also known as the Golden Concert Hall, this is the venue where the Vienna Philharmonic Orchestra holds its performances in Vienna.

For the reverse side of 2009 1 oz Gold Philharmonic Coins, the Austrian Mint offers the image of a cornucopia of instruments used by members of the orchestra during performances. Thomas Pesendorfer, Chief Engraver of the Austrian Mint, is responsible for both the obverse and reverse designs.

If you have any questions when you buy gold online, please feel free to ask. JM Bullion customer service is available at 800-276-6508, online using our live chat, and via our email address.