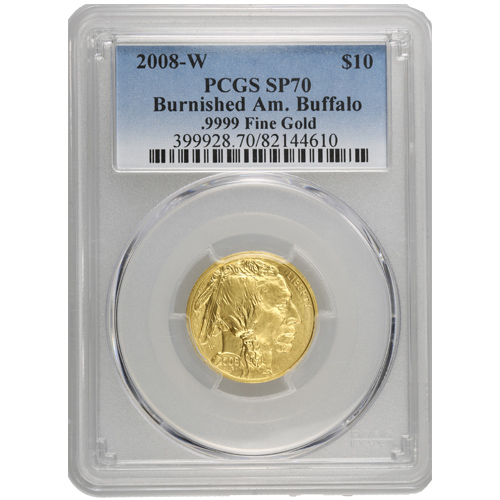 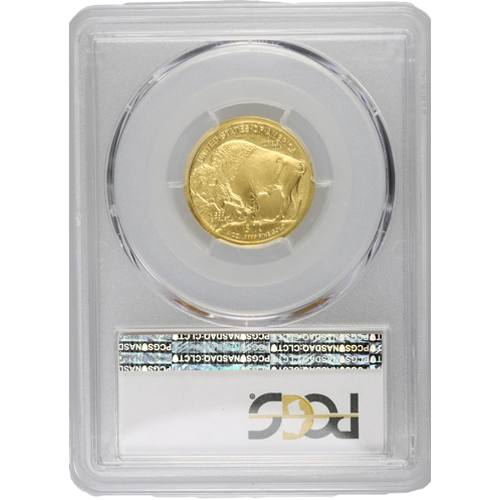 The American Gold Buffalo coin is now an official annual release from the United States Mint, with legislation in late in 2015 protecting the status of the coin going forward into the future. Right now the 2008-W oz Burnished American Gold Buffalo Coin is available to purchase from JM Bullion.

Each of the 2008-W oz Burnished American Gold Buffalo Coins in this offering are unique Specimen Proof 70 coins according to the PCGS. Considered perfect coins with full, original mint luster and no detracting flaws, specimen is a rarely issued grade referring to coins that are specially struck and uniquely handled, with a distinctive finish similar to proof coins but still unique compared to their collectible proof counterparts.

All American Gold Buffalo coins revive the design of the Buffalo Nickel. Designed in 1913 by James Earle Fraser and in circulation from 1913 until 1938, the Buffalo Nickel featured frontier-themed designs that included a Native American leaders portrait on the obverse and a bison on the reverse.

The obverse of all 2008-W oz Burnished American Gold Buffalo Coins includes the right-profile portrait of a Native American chieftain. Though not the depiction of one particular individual, Fraser did use the facial features of three real-world Native leaders of the day to come up with his portrait.

On the reverse of the 2008-W oz Burnished American Gold Buffalo is the image of Black Diamond, a powerful and massive bison that called New York Citys Central Park Zoo home in the early 20th century.

All of these American Gold Buffalo coins are a product of the United States Mint, and struck at the West Point Mint facility as denoted by the W mint mark on the coins obverse face in the lower-left corner.