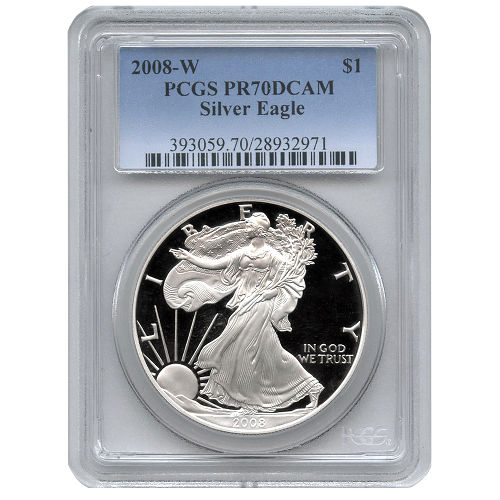 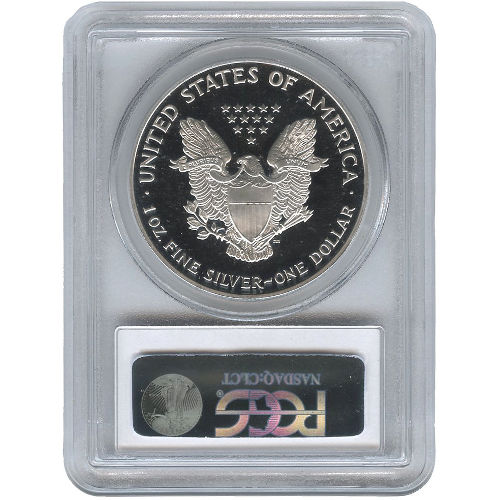 Beginning in 1986, the United States Mint struck the American Silver Eagle and Gold Eagle on an annual basis. Originally available in just bullion and proof, the nation’s official gold and silver products were a staple of the precious metal industry each year. Right now you have the chance to purchase a 2008-W Proof American Silver Eagle in perfect condition courtesy of JM Bullion.

American Silver Eagle coins were introduced as bullion and proof coins in 1986. The United States Mint went on to produce the bullion coin every year up to the current day, but the proof program experienced a hiccup in 2009. Amidst tumbling stock markets and sky-demand for the bullion version of the coin, the US Mint suspended production of the proof and burnished versions of the American Silver Eagle.

Each 2008-W Proof American Silver Eagle available today is in perfect condition according to the PCGS. PR70 coins are characterized by the presence of the full, original luster and no detracting flaws of any kind.

On the obverse of the coin is Adolph A. Weinman’s 1916 depiction of Lady Liberty. The reverse features the modern image of the heraldic eagle created by US Mint Chief Engraver John Mercanti in 1986.

If you have questions, JM Bullion associates have answers. Please don’t hesitate to reach out to us on the phone at 800-2763-6508, online using our live web chat, or by sending us an email.