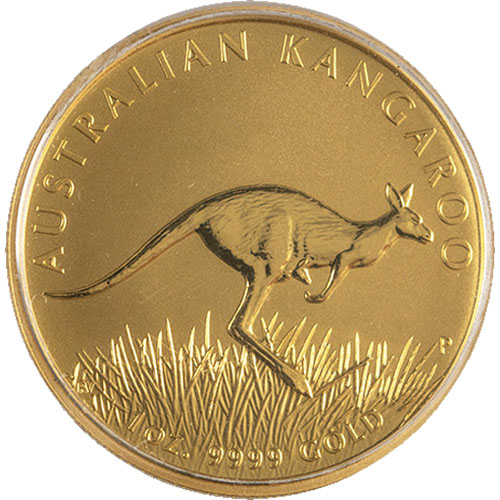 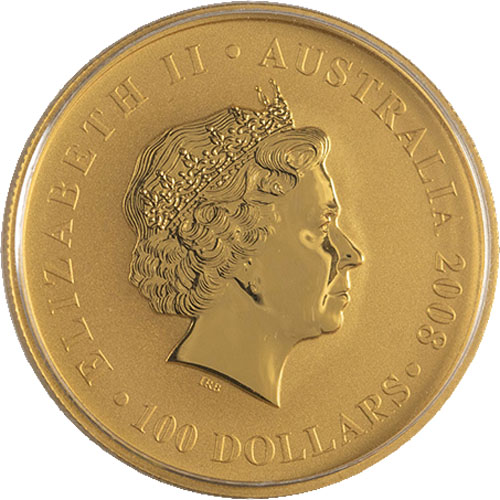 The Perth Mint opened in 1899, where it was under the jurisdiction of Great Britain until 1970. At this time, it fell under the authority of the Government of Western Australia. The Gold Corporation Act of 1987 then gave the Mint a new direction. It became empowered to mint and market gold, silver, and platinum Australian legal tender coinage to collectors and investors worldwide. It was at this point that the Australian Gold Nugget Coin Series was launched.

The obverse of the 2008 Australian Gold Kangaroo coin features a profile of Queen Elizabeth II. This is the fourth effigy of Her Majesty, created by Ian Rank-Broadley and introduced in 1998. In regards to this effigy of the Queen, which depicts Her Majesty in a more realistic manner, Rank-Broadley said “There is no need to flatter her. She is a 70-year-old woman with poise and bearing.”

If you have any questions about these gold coins for sale, please contact our JM Bullion Customer Service team to get them answered. We can be reached via phone at 800-276-6508, via our online live chat, or via our email.